PM: Why are you asking me 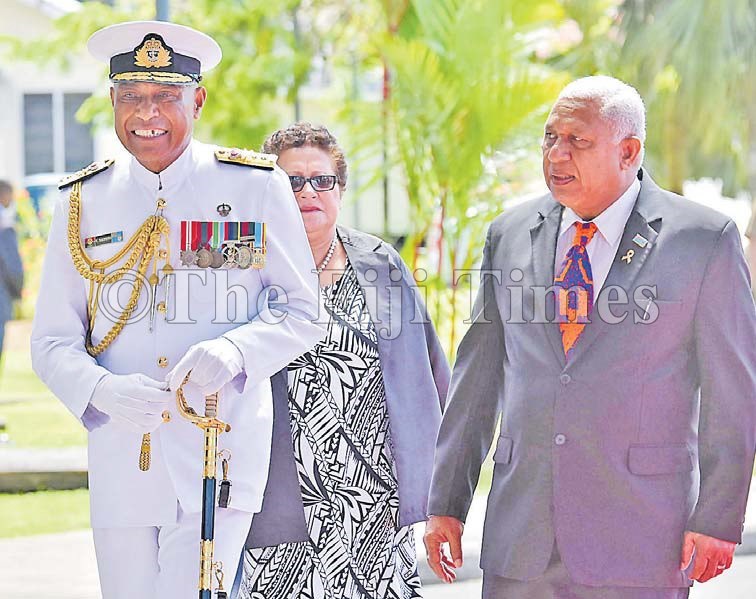 Prime Minister Voreqe Bainimarama and wife Mary with Commander Republic of Fiji Military Forces Rear Admiral Viliame Naupoto before the opening of the 2020-2021 session of Parliament at the Parliament complex in Suva yesterday. Picture: JONACANI LALAKOBAU

Prime Minister Voreqe Bainimarama yesterday deflected questions on whether Attorney-General Aiyaz Sayed-Khaiyum would step down as police investigated his alleged link to a 1987 bombing incident.

“Why are you asking me, ask him,” Mr Bainimarama said when approached by journalists after the opening of the 2020-2021 session of Parliament.

Mr Sayed-Khaiyum could not be reached for comment but when asked to respond to calls made for him to step down from his position, Mr Khaiyum said “due process” should be allowed to take its course.

“The reality of the matter is that there has been a complaint lodged to the police and the police are now attending to the particular complaint,” he said.

The complainant, Veronica Malani, lodged her first report against Mr Sayed-Khaiyum in July this year.