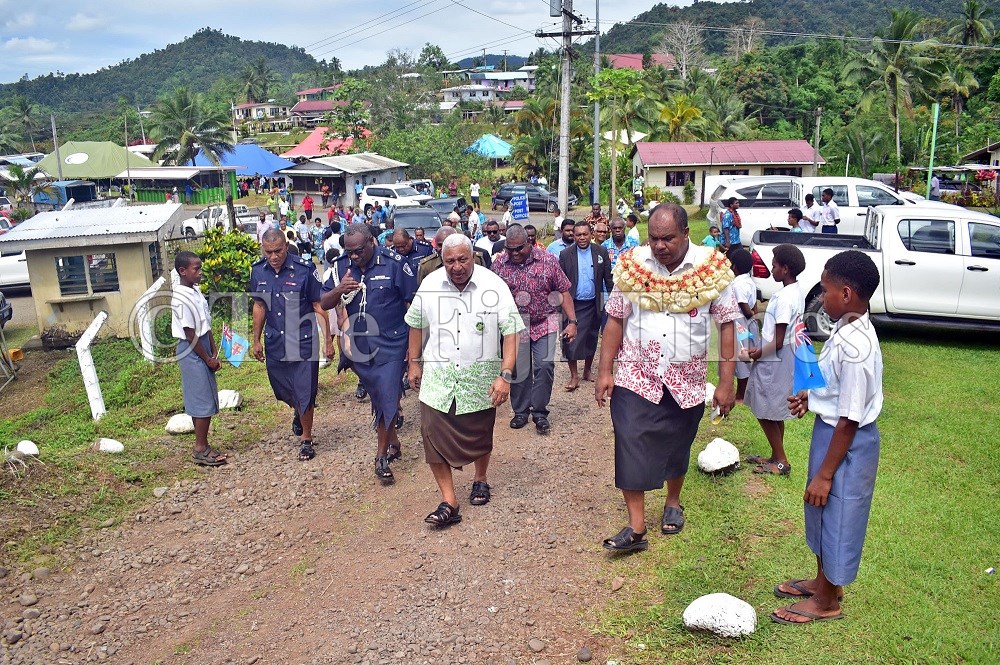 Broadcast media airing debates between the leader of a “spiritual” movement and representatives of Christian organisations have been ordered to stop airing the shows.

Prime Minister Voreqe Bainimarama told villagers at a talanoa session in Nayavu, Wainibuka yesterday that he made the decision after hearing and watching the talk shows.

Mr Bainimarama said he was worried that the content of the discussions taking place during the shows would cause confusion among religious groups.

He said it was worrying because most Fijians were easily carried away by the content and nature of the debate, thus the need to stop the debate being broadcast again.

He made the comments at the opening of the refurbished Nayavu Community Police Post.

Also present at the event were Minister for Health and Medical Services Dr Ifereimi Waqainabete, Minister for Defence Inia Seruiratu and Minister for Women Mereseini Vuniwaqa.