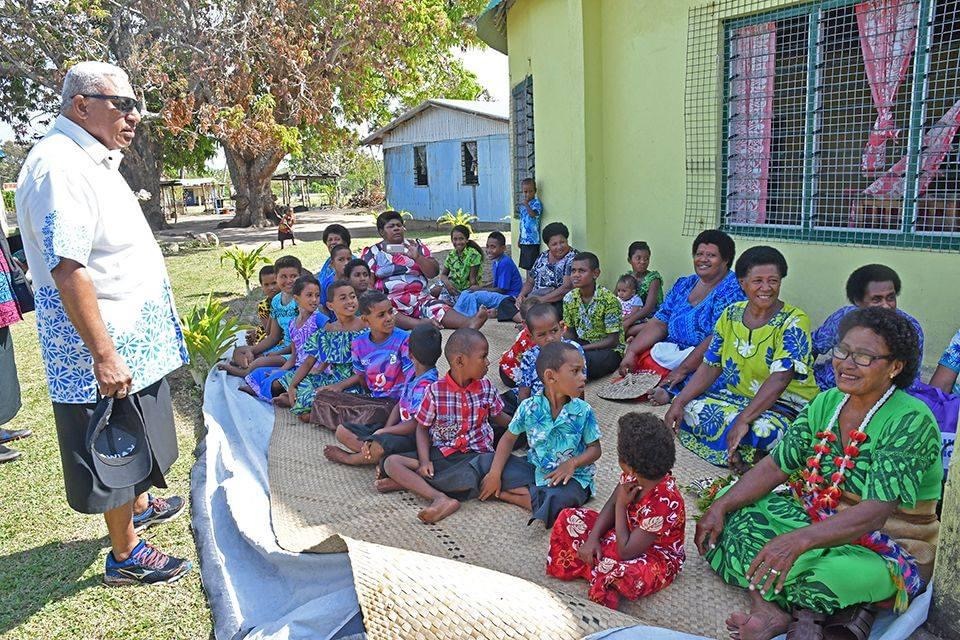 Prime Minister on his tour of Lau and Kadavu. Picture: FIJIAN GOVERNMENT/FACEBOOK PAGE

Mr Bainimarama and his delegation arrived in Ono-i-Lau this morning and was accorded a traditional welcome by the elders of Nukuni village.

According to government, Mr Bainimarama also distributed relief items to the villagers of Nukuni.

Mr Bainimarama expressed his gratitude to the people of Ono-i-Lau for the kind gesture shown to the government delegation visiting the island.

According to government, the head of government also visited Ono-i-Lau District school, Ono-i-Lau health centre and the government quarters on the island.

He also had the opportunity to speak to civil servants serving on the island and thanked them for their commitment towards providing services to the people of Ono-i-Lau.

The head of government will be visiting Doi village this afternoon before leaving for Vatoa Island this evening.