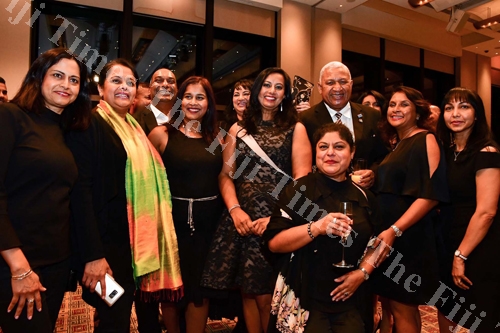 CLAIMS by the Opposition that the iTaukei and their lands are not secured has been labelled by Prime Minister Voreqe Bainimarama as “ridiculous”. He made the comment at the Victorian Multicultural Sports Association business event held in Melbourne, Australia on Sunday.

“The fact remains that not one millimetre of iTaukei land has been lost under my leadership, and today, 91 per cent of all land in Fiji is owned by the iTaukei and facts, ladies and gentlemen, must always triumph over fear,” Mr Bainimarama said.

“We didn’t only want to protect the ownership of iTaukei land and the rights of the iTaukei, we wanted to do one better by providing a solid foundation for growth that would empower iTaukei people, give ordinary people more resources, more decision-making power and more control over their own destinies,” he said.

Mr Bainimarama said they were helping landowners develop their land themselves so they would not only become cash rich, but also, create more wealth and opportunities for the country.

“It also makes for productive use of idle iTaukei land and thereby contributing to and growing the economy. “That is why we are assisting squatters by upgrading settlements and regularising those squatters residing on State land, issuing 99-year leases for Fijian families, finally giving them the peace of mind and security of long-term residential protection,” he added.