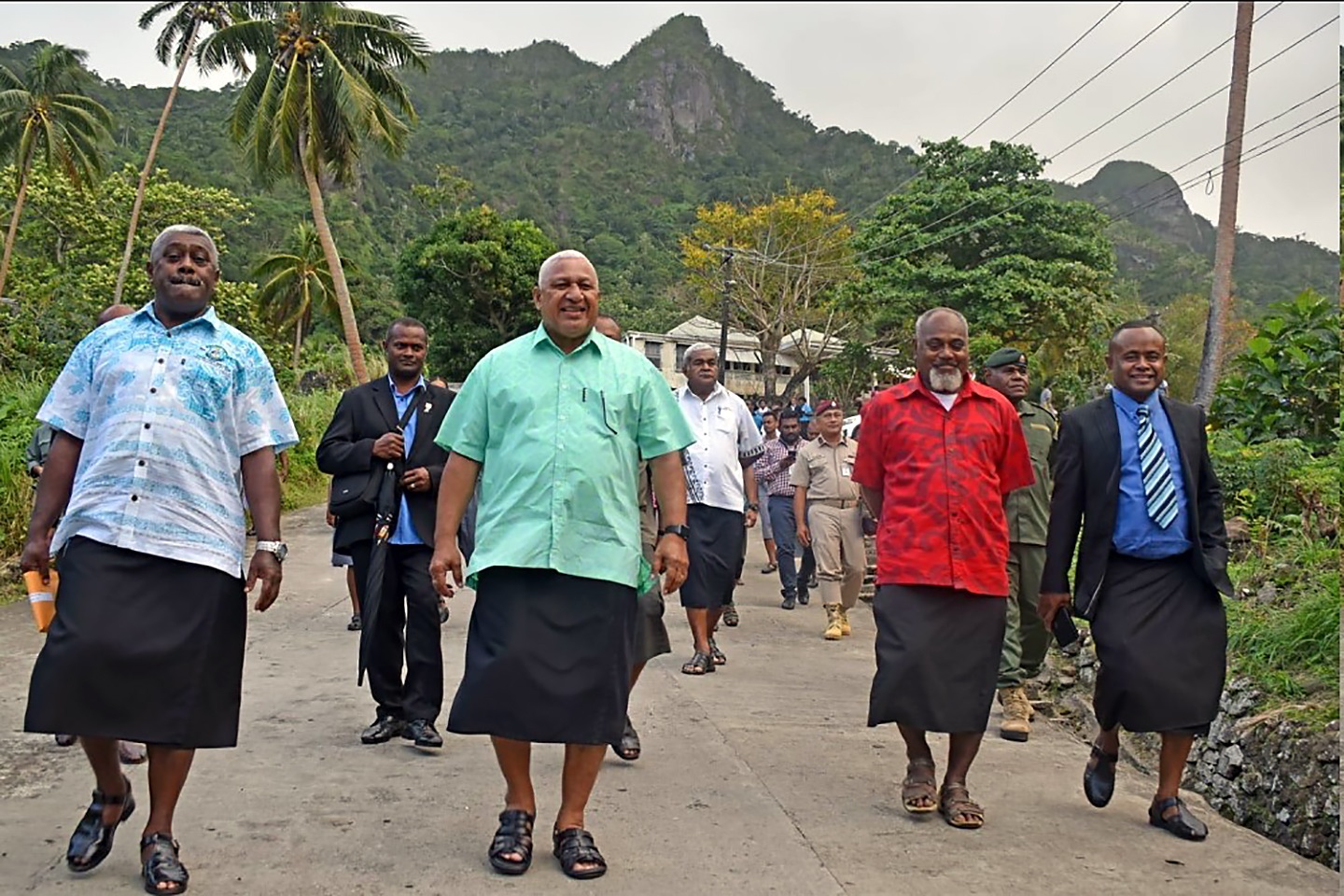 Prime Minister Voreqe Bainimara says innovation is needed as it costs more than twice as much to build a sea wall in the outer islands than on the mainland.

He highlighted this during the commissioning of a new hybrid sea wall at Viro Village in Levuka yesterday.

“It is a simple fact that it costs more than twice as much to build a seawall in the outer islands than on the mainland — so we have to innovate. We have to be creative,” he said.

“And we have to look to nature to help us adapt to the new forces of nature that humankind has unleashed.”

He said the hybrid sea wall was the first of its type implemented by the Ministry of Waterways and Environment, and it was now a model that would continue to be used in the coming months and years, especially in the maritime islands.

“To build this sea wall, the Ministry of Waterways and Environment used an ingenious combination of human-made and nature-based solutions to provide protection that is more effective and less expensive than a concrete wall.

“The wall is made of boulders that were acquired nearby, which reduced construction costs, and the mangroves planted in front of the wall and vetiver planted behind the wall provides extra protection for their ability to absorb and contain tidal flows.”

He said since 2014, Government had undertaken eight coastal protection projects worth $5 million.

“This project is different, and with reduced costs and greater efficiency of these hybrid projects that use nature-based solutions, we will be able to do more with less,” he added.