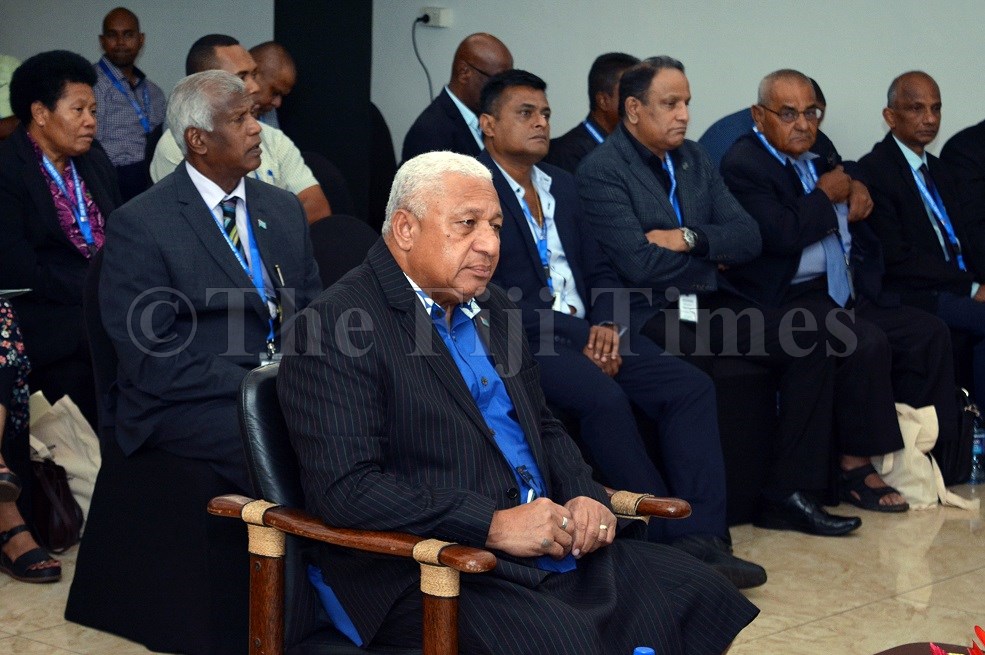 Prime Minister Voreqe Bainimarama (closest to camera) with other participants during the opening of the 60th ISO Virtual Council Meeting in Lautoka. Picture: BALJEET SINGH

Speaking at the International Sugar Organisation’s virtual council meeting in Lautoka on Tuesday, he said cane production declined by one-third as a result of the cyclones that battered Fiji in 2016 and 2020.

“That was mainly due to crop losses and damage sustained to mills and other infrastructure,” the PM said.

“Aside from spending millions on rehabilitating and building the resilience of the industry, the Fijian Government heavily subsidises input costs like fertiliser, invests heavily in industry-related research, including resilient crop production.

“It also provides grants and subsidies and funds capital programs aimed at increasing sugarcane planting and production, improving and increasing the rate of mechanisation.”

The PM said sustainability was only possible through sustained profits for canegrowers.

He said resilience wasn’t only a means to that end, it was the only means that would guarantee sustainability for the industry in this century.

“Every member state faces unique challenges. But our goal of global resilience is shared.

“We can cooperate to devise collective strategies that marshal our resources and ingenuity to solve the most pressing challenges this industry faces globally.

“More drought-tolerant cane varieties, for example, mean as much in the driest regions of Fiji’s ‘burning west’ as they do in the more arid growing areas of Thailand and other countries that face similar challenges brought by a warming world.”