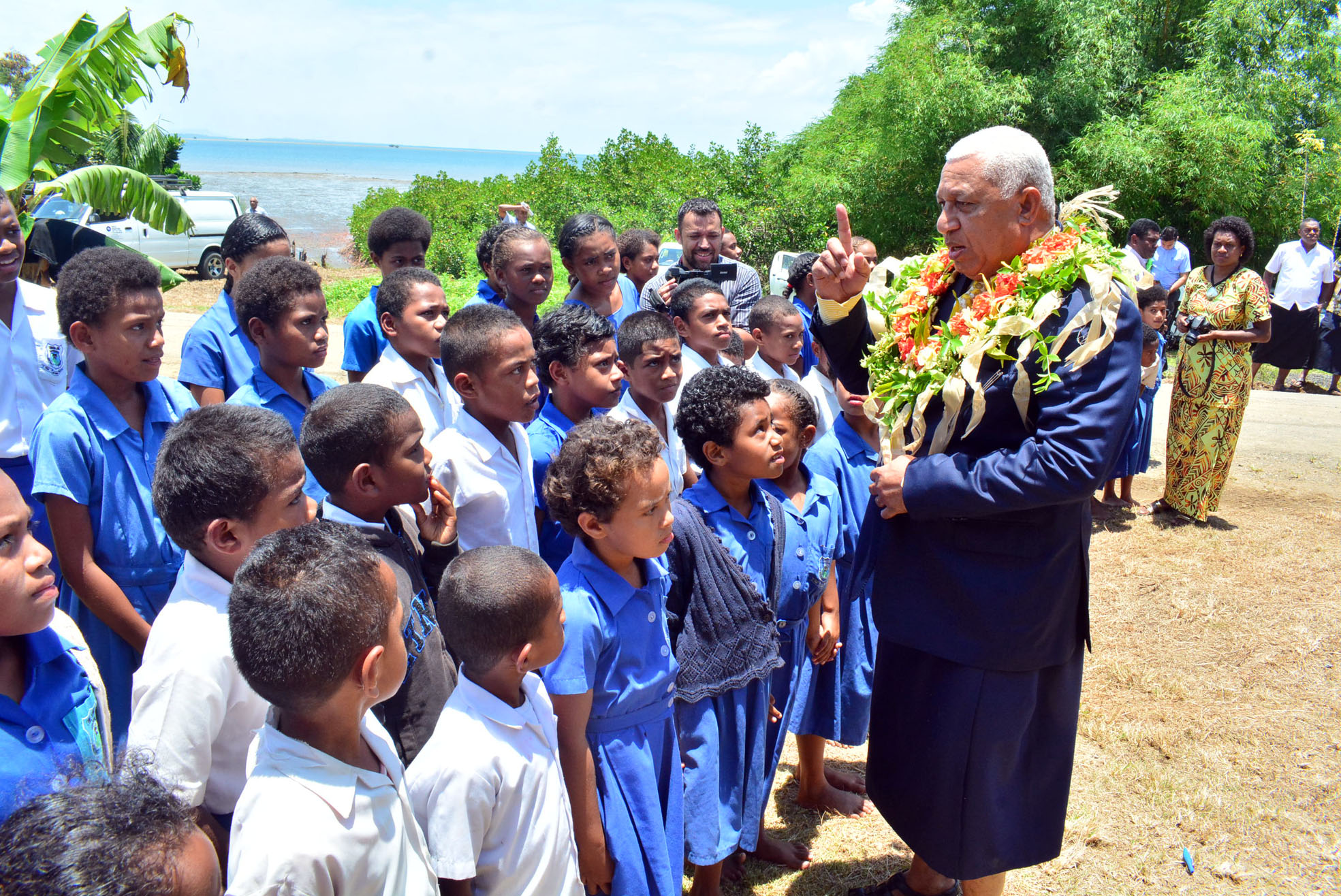 Prime Minister Voreqe Bainimarama in discussions with the students of Ucunivanua Primary School after the official opening of one of the teachers quarters in Ucunivanua village in Verata, Tailevu. Picture: JOVESA NAISUA

MOST people who request government assistance expect it to be acted upon within a short span of time, Prime Minister Voreqe Bainimarama said.

He said the issue was common for every place he visited.

“I am always concerned when people try to push certain conversations through with an agenda that their requests will be done in a day or within a week,” Mr Bainimarama said.

“Especially when they request for road upgrades. Where I came from, we started receiving electricity and road upgrades when our forefathers were long gone.

“It is unfortunate my forefathers weren’t able to see the current development happening in the place where I come from.”

Mr Bainimarama said in some places in the Naitasiri Province people were able to see development when he became prime minister.