PM calls for support after win 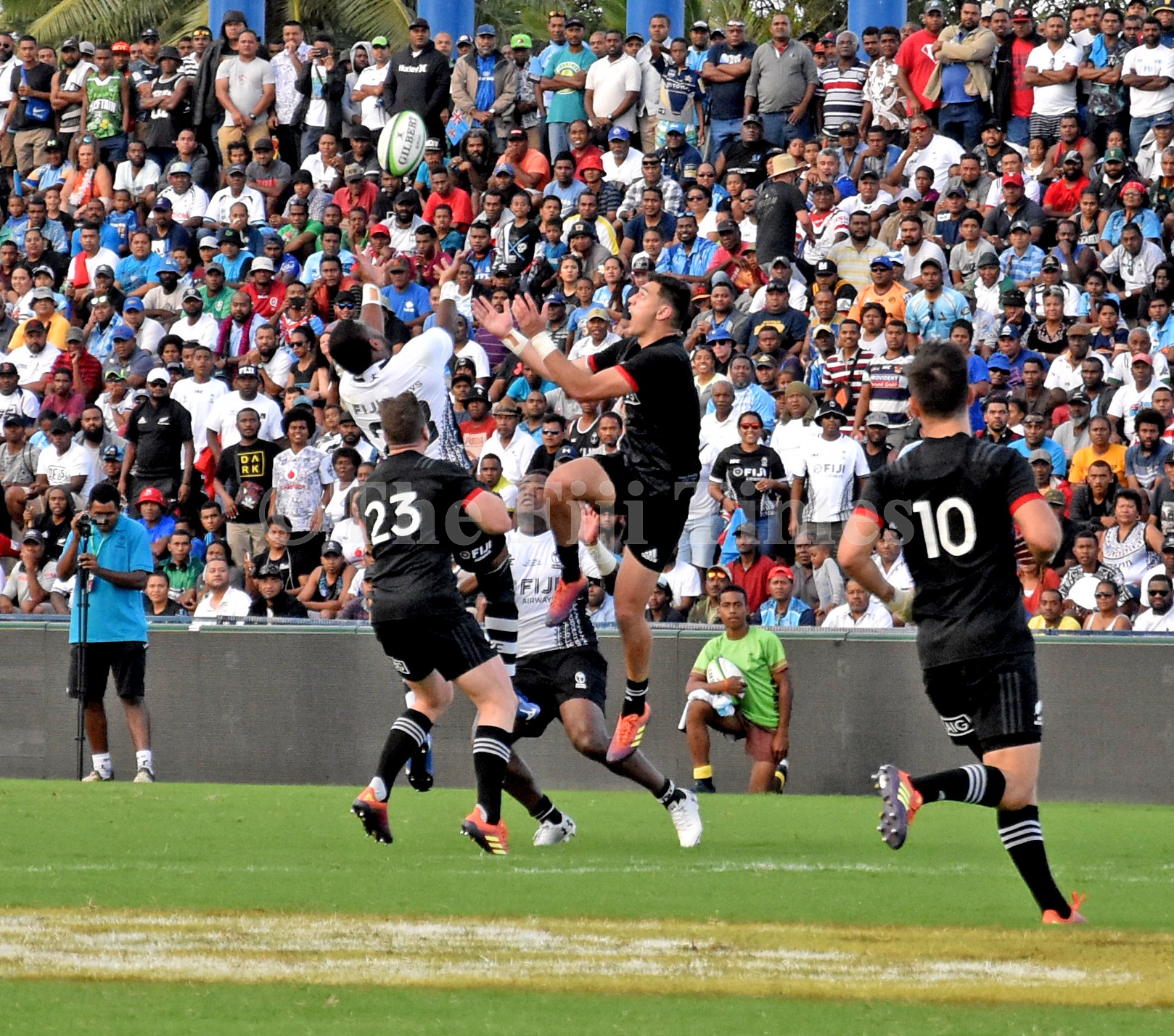 Flying Fijians and Maori All Blacks contesting the high ball during their clash at the ANZ Stadium in Suva . Picture: JONA KONATACI

In his Facebook post Bainimarama was overjoyed with the team’s performance and speaking to the players after the match.

“Today (Saturday), our boys made history at ANZ Stadium: Defeating the Maori All Blacks for the first time in over six decades,” Bainimarama said.

“With this thrilling victory, our Flying Fijians have earned a perfect start to their season. I can’t wait to see what they’ll go on to achieve.

“I’d also like to thank the thousands of supporters who joined me in packing out ANZ Stadium to cheer on this great team. We’ll need that same level of support next Saturday in Rotorua.

“This win is only the beginning. The road to the Rugby World Cup in Japan won’t be easy. It will take hard work on the field, and it will take passionate support from the fans, both at home and overseas.

“This afternoon (Saturday), we couldn’t have asked for a more inspired performance to kick off that effort.”

Fiji Airways Flying Fijians made a perfect start to its 2019 RWC campaign beating the New Zealand Maori All Blacks 27-10 in the Pacific Series Test at ANZ Stadium in Suva on Saturday.

They will meet again in its final Pacific Series Test match this weekend at Rotorua.