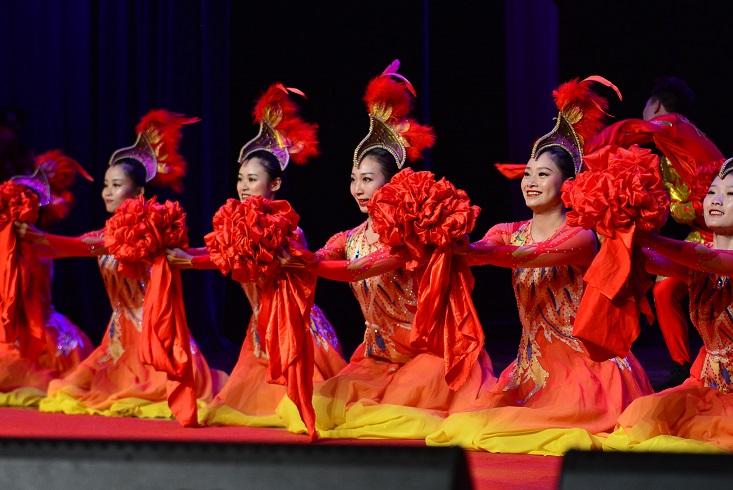 Members of the dancing group “The Blooming Flower” entertaining the crowd with an array of moves and colors during the China Day Celebrations at the Suva Civic Centre. Picture: JOVESA NAISUA

THE 70th Anniversary of the Founding of the People’s Republic of China celebrations was held today in Suva.

The celebration was attended by Prime Minister Voreqe Bainimarama, Cabinet ministers, diplomats and members of the Chinese community.

Speaking at the event, Mr Bainimarama said the day was significant because it also marked 44 years since the establishment of formal diplomatic relations between Fiji and China in 1975.

“Spanning more than four decades, the friendship between Fiji and China has never waned, with our nations bonded by a common and steady recognition of the mutual benefits of bilateralism,” the Fijian PM said.

“And, as both of our nations have experienced great evolution over the course of the years, we have witnessed a similar blossoming of both our economies and our societies alike.”

Mr Bainimarama said this bond was clearer than ever when Chinese President Xi Jingping took the time to come to Fiji in 2014 for an official state visit.