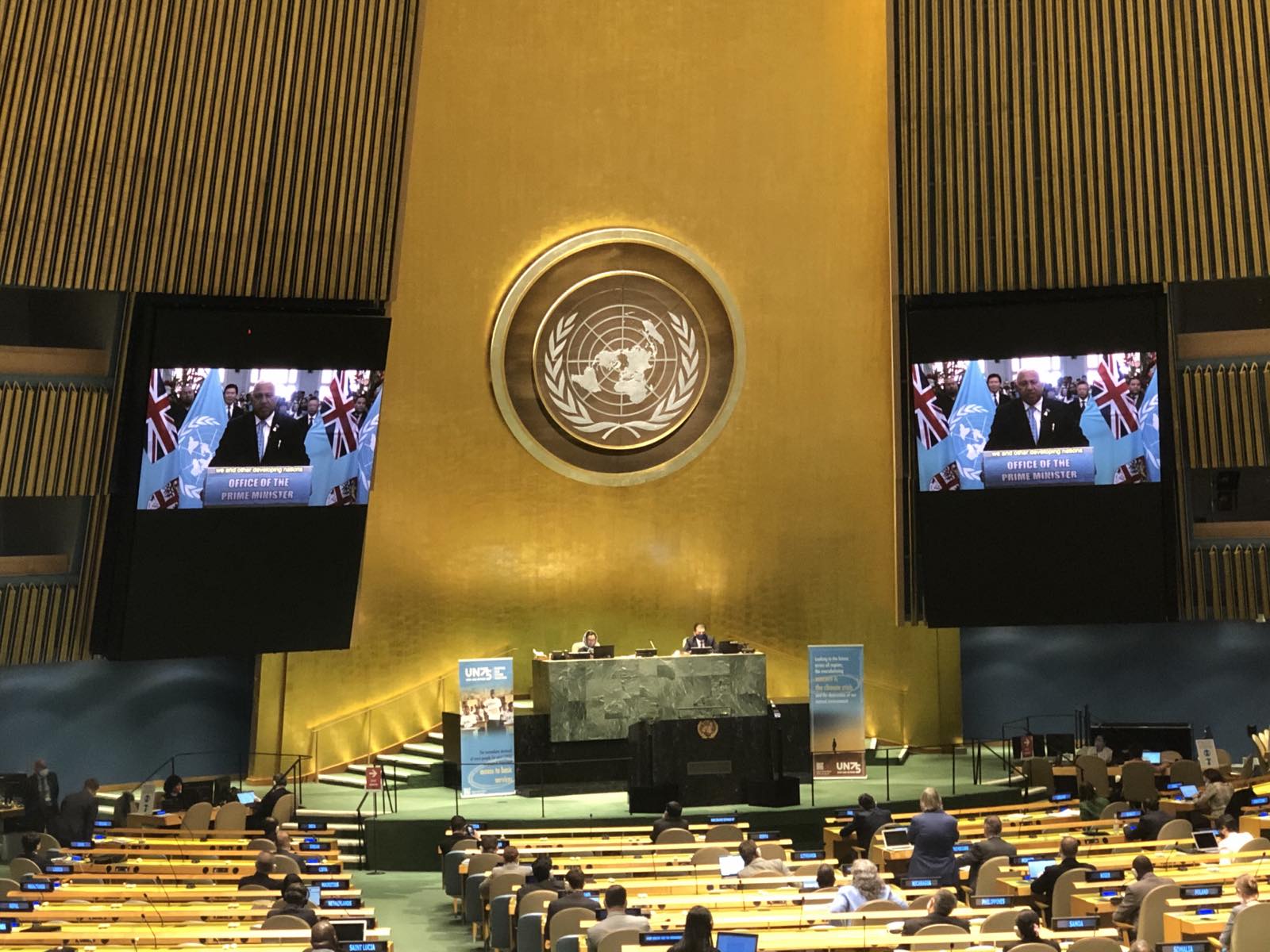 Prime Minister Voreqe Bainimarma joined world leaders in calling for solidarity and multilateralism to realise the shared vision on global peace and prosperity at the 75th Session of the United Nations General Assembly (UNGA).

Over 150 Prime Ministers’ and President’s participated in this historic event commemorated on the occasion of the 75th Anniversary of the UN which commenced at the United Nations (UN), at New York headquarters yesterday.

The Year 2020 signifies the 75th Anniversary of the founding of the United Nations.

Founded at the end of the 2nd World War, the UN has evolved into the most important body for global governance, international peace and security and development.

Mr Bainimarama reflected on Fiji’s partnership with the United Nations in advancing its mandate on global prosperity.

“On the 10th of October, 1970, Fiji became an independent country. Three days later, we joined this Assembly.

“I recall the optimism of that moment; that sense among our people that Fiji had something good to give the world and something much larger to gain from a multilateral pursuit of peace. For 50 years, Fiji’s contribution to the United Nations has been driven by genuine care for those less fortunate than ourselves and uncompromising passion for the protection of our natural world.”

Mr Bainimarama reminded the UN that “Fijian Peacekeepers have served more than 40 years defending the defenceless in the World’s most conflict ridden regions”. 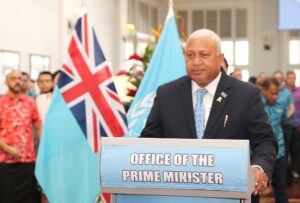 He joined world leaders in calling for global solidarity to accelerate actions on climate based solutions.

“Our oceans diplomacy spearheaded the United Nations Law of the Sea – of which Fiji is the first signatory. Fiji was the first country to ratify the Paris Agreement and today we join climate leaders in our commitment to net zero emissions by 2050”.

“But in the face of new and terrifying challenges, we and other developing nations are forced to watch social progress, hard-earned over decades, slip through our collective fingers.

“Months into economically-devastating lockdowns and border closures, a COVID-19 vaccine is still only guaranteed for those who can afford it. Five years post-Paris, global temperature rise is still projected to rocket past the two, three, or even four-degree mark, our ocean ecosystems are acidifying, and a sixth mass extinction event is already underway.

“I ask anyone feeling bleak about the prospects of 2020 to imagine the world 75 years on from today should our foresight continue to fail us.”

“50 years ago, Fiji recognised we had far more to gain than we could ever give this Assembly. But that humble truth is not reserved for the world’s small developing states – the same can be said of even the mightiest among us. Every nation, large and small, stands a better chance at our best future by acting in solidarity. Guided by the UN, we are building a world of peace. But a world of net-zero emissions, sustainably-managed oceans, gender equity, digital inclusivity, and equitable development is no less critical.

“We have the means to make that world reality. We must meet year 75 of the UN with the political fortitude to see it built.  Multilateralism must deliver once again. And if leaders give voice and vigour to that purpose, then our people, our children, and their children, will all see the greatest gain,” Mr Bainimarama said.

In introducing Mr Bainimarama to the UN General Assembly, Fiji’s Permanent Representative at UN, Ambassador Dr Satyendra Prasad reminded the UN that “Fiji was not present at the founding of the UN 75, years ago; but today it was”.

Throughout the year, the UN has been preparing for this event – seeking views and opinions of leaders, young people, women and men across the Pacific and the World. Some 3000 Fijians gave their views on their expectations on changes that they want to see in the UN. Their inputs, the views of Fijian and world leaders will help to shape the future evolution and development of the UN.

Meanwhile in his opening remarks to World Leaders, the UN Secretary-General (UNSG) António Guterres reflected on the remarkable progress by the UN and its important role in delivering global peace, justice and equality.

Secretary-General Guterres thanked the member countries for their support to the 75th Anniversary Declaration that “is substantive, ambitious and forward looking to meet the great challenges of our times”.