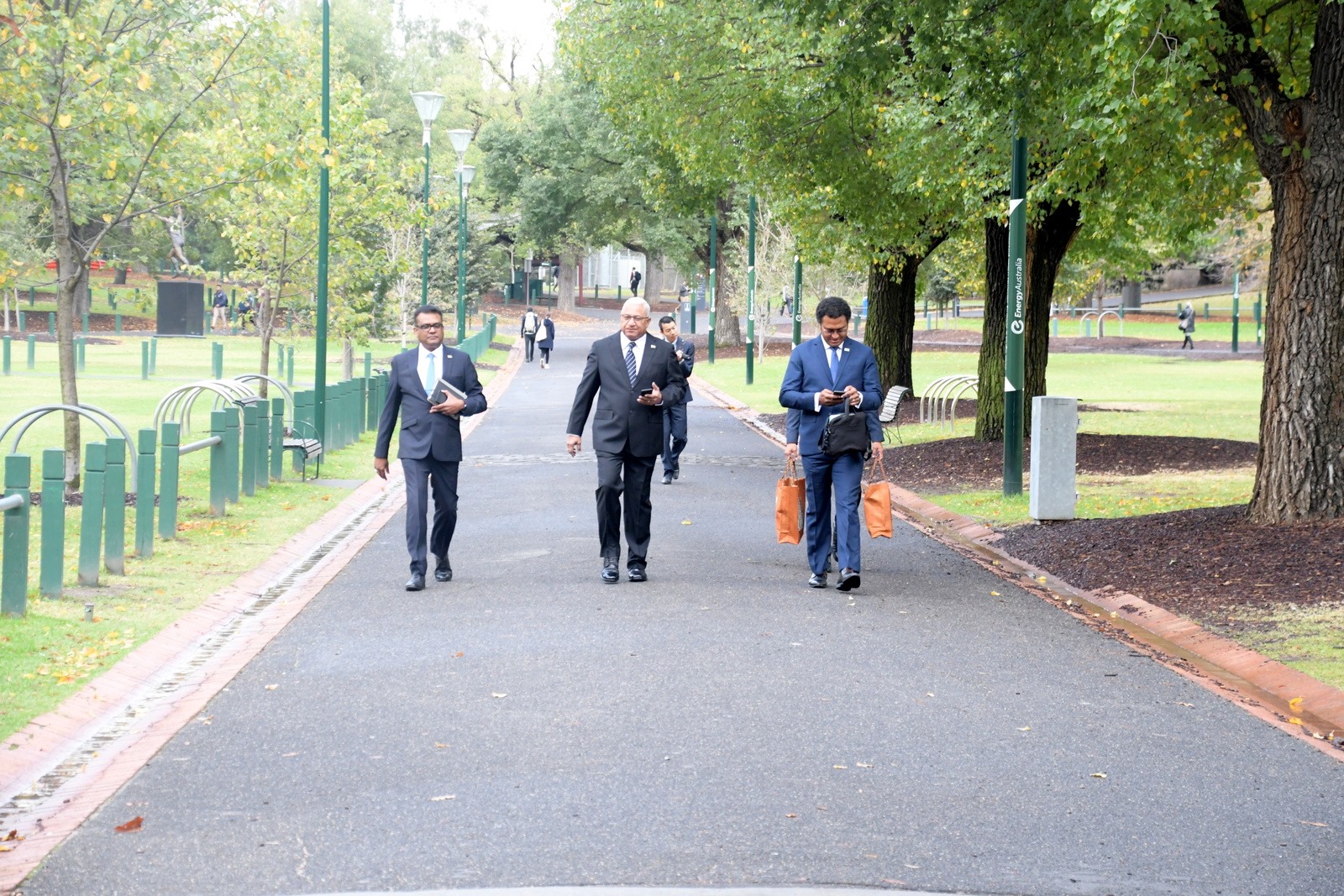 FIJIAN Prime Minister Voreqe Bainimarama is calling on Australian leaders to visit Small Island Developing States that are suffering from the negative impact of climate change before coming up with solutions.

Mr Bainimarama said there were suggestions by a former Australian prime minister that Pacific islanders whose island nations were drowning as a result of rise in sea level should be granted Australian citizenship in exchange for the government rule of their seas and fisheries.

He hit out at the Australian leader for proposing solutions that were blatantly out of touch with the reality on the ground.

“The honourable member suggested — or appeared to suggest — that rather than heeding this advice, Australia should instead just help Fijians move to higher ground to escape the flooding from sea level rises,” Mr Bainimarama said.

“I’ll hit back —– the proverbial tennis ball, of course – with this: In Fiji, we have already moved three communities and have a priority queue of some 40 others waiting to be relocated.

“The decision to relocate a Fijian community may seem like an easy one, but abandoning your home isn’t some cold and calculated business decision – for those affected, it’s a deeply emotional loss.

“An elderly Fijian widow now wakes up in the morning to find the ocean at her doorstep, slowly wearing away a home she and her family have known for generations.

“I’m keen to hear what the honourable member believes the people of Kiribati should do in the face of rising seas, where the highest point in their country sits at just 1.8 metres above sea level,” he said while delivering his speech at the 6th Australasian Emissions Reduction Summit in Melbourne yesterday.

“I implore leaders of Australia to visit these communities, and see them first-hand before they propose solutions that are so blatantly out of touch with the reality we Pacific islanders live with on the ground, day in and day out.”

He added Fiji had developed the world’s first relocation guidelines and was in the process of establishing a Relocation Trust Fund.