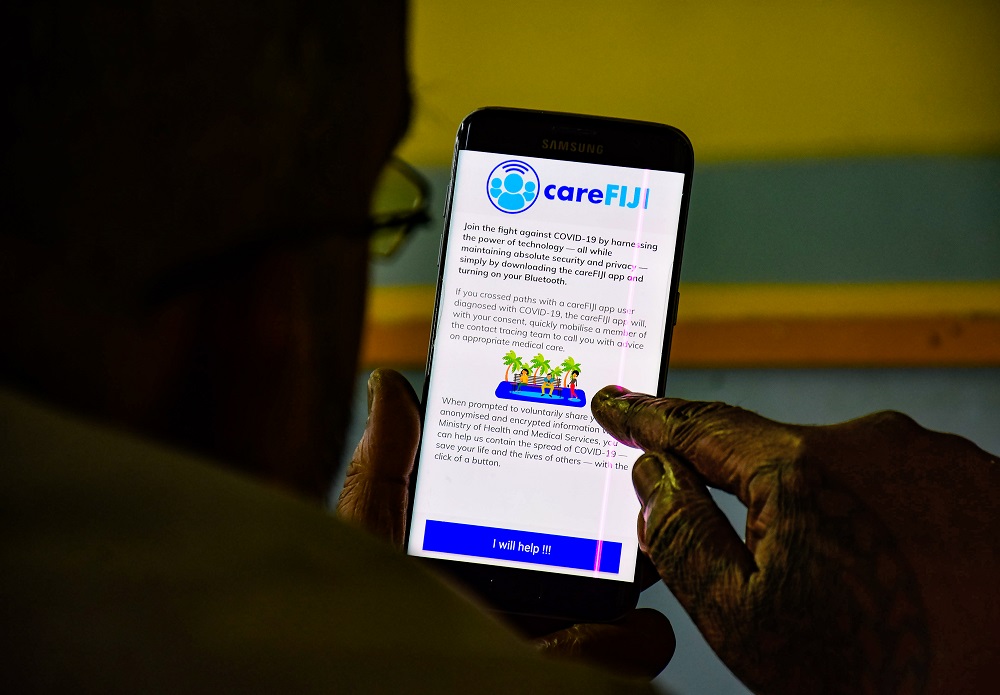 Government has once again pleaded with the public to download the careFIJI app on their smartphones.

Addressing villagers of Kalokolevu outside Lami yesterday, Attorney-General and Minister for Economy Aiyaz Sayed-Khaiyum said only 10 per cent of Fijians had downloaded the careFIJI app.

“Most people in Fiji as well as young people use phones, please download the careFIJI app,” he said.

“This is the example of what careFIJI app does for you. All of us are sitting here today. I’ll be sitting with you in the same room for next 15-20 minutes.

“If, God forbid, in three days’ time I have COVID-19, when I’ll go to the hospital; they’ll ask me who were all sitting with you in the room for more than 15 minutes.

“They will then have to get in touch with all those people and tell them that they need to quickly come to the hospital to get themselves checked out.

“I won’t be able to remember all of you. But if you have the careFIJI app on your phone, the health officials will quickly call you and inform you that you were around an infected person and you need to have yourself checked out.”

Mr Sayed-Khaiyum revealed that only 10 per cent of Fijians had so far downloaded the careFIJI app.

“It’s very important for all of us to download this app. In Australia, 40 per cent of Australians have downloaded it but in Fiji we have not yet done 10 per cent of it.”