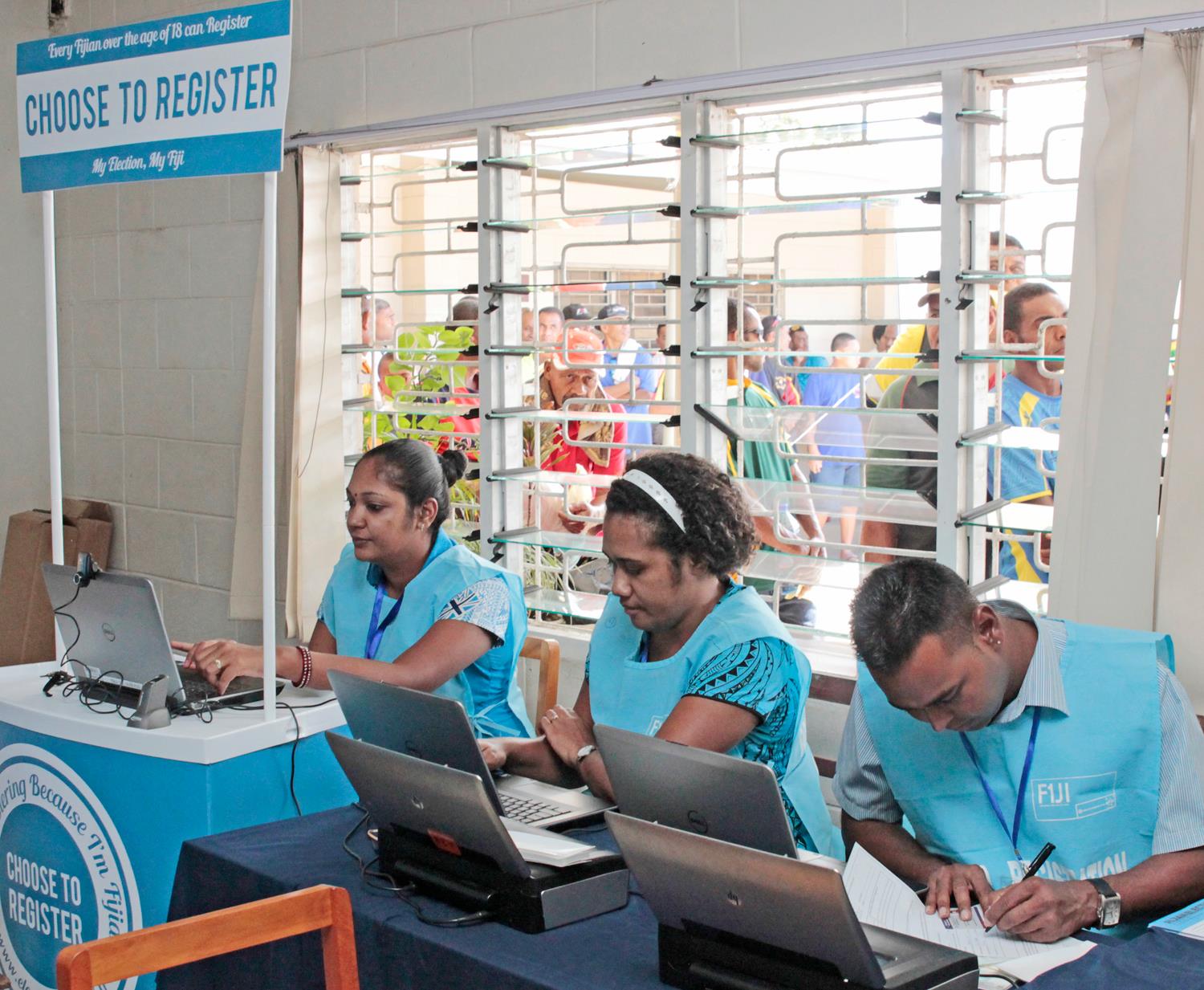 Officials from the Fijian Elections Office were register those Fijians who have lost their IDs or would like to acquire a new Voter ID registration card. Picture: FIJIAN GOVT

Opposition MP and SODELPA leader Viliame Gavoka yesterday pleaded with the Government not to change the voter registration cards.

He told Parliament he feared that it would lead to low registration and voter numbers for the 2022 General Elections.

“Why can’t they surrender their old card and be given a new card, why do they have to go and secure a birth certificate.

“We all travel, we know how difficult it is for people in the far-lying areas to leave their villages and come into town to obtain or secure a birth certificate.

“Why are we making it more difficult for our people?

“I would even go to say, make a statement out, let’s have the election in January 2023 and do things properly.

Voters have to get new voter cards for the 2022 General Election, however, the birth certificates required for them will be returned to each voter, this according to suggested changes in the proposed Electoral (Registration of Voters) (Amendment) Bill 2020.

While speaking on the proposed Bill in Parliament last Saturday, parliamentary Standing Committee on Justice, Law and Human Rights chairman Alvick Maharaj said the new voter cards would have the polling venues clearly stated and there would be less confusion as to where voters should go to cast their votes on the polling day.