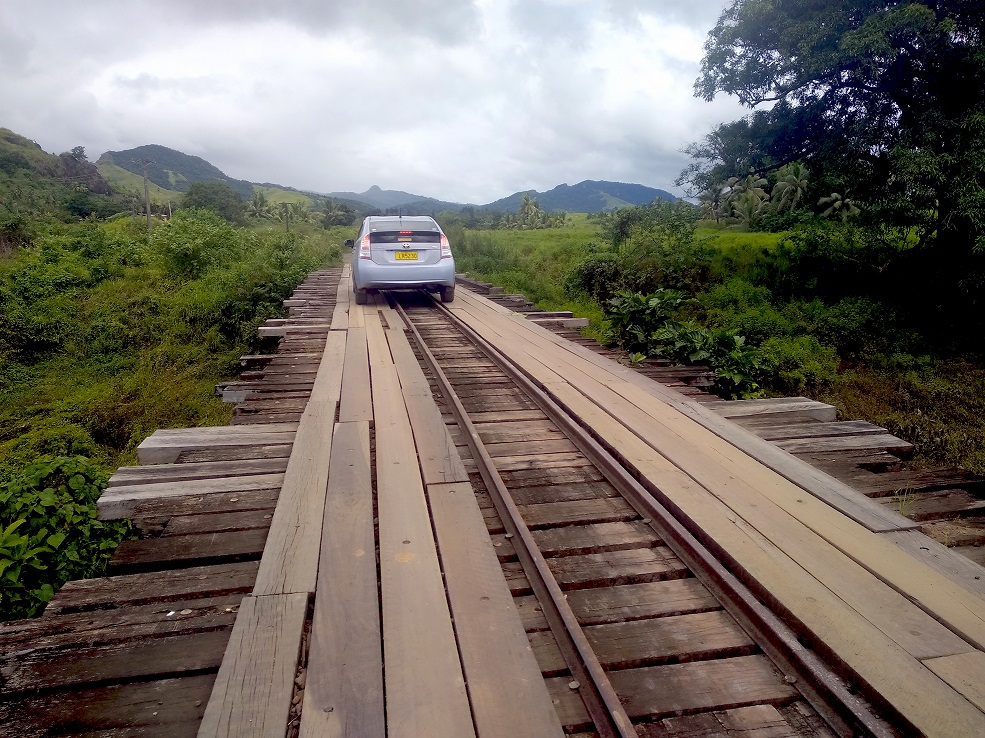 The crossing at Daku, Macuata which has been discussed in village meetings. Picture SERAFINA SILAITOGA

A BRIDGE without its railings in the rural cane farming area of Daku, Macuata has been the subject of district and village meetings over the past years.

Daily commuters, including traditional leaders, have raised concerns over this issue pleading with the Fiji Roads Authority to repair the bridge.

Tui Nadogo Ratu Ilisaniti Malodali said this issue had been discussed over the past decade, but claimed nothing had been done to fix it.

“There’s a lot of risk involved because any vehicle could go off the bridge resulting in injuries,” he said.

“This bridge has been sitting there ever since it was built probably in the 1960s or earlier. It was also built to assist canefarmers take their crops to the mill in Labasa.

“But until this day, there are no railings on the bridge and we hope something is done quickly because people’s lives are involved.” R

atu Ilisaniti said they had raised the issue during past provincial council meetings.

“Nothing has been done and we are blessed that no major accidents have happened on that bridge,” he said.

“So it will be good if FRA could please include this bridge in its development plan for the sake of the travelling public.

“The traveling public includes those from Udu Point, Dogotuki, Namuka, Nadogo and many others who travel on the bus that crosses the bridge to go to Savusavu via Wainikoro.”

The FRA, in its response stated that inspections have been carried out on the said bridge.

“The bridge name is Daku FSC 2 bridge located on Wainikoro Rd and programmed to be replaced by 2020-2021,” FRA said.

“We have conducted our inspections and this bridge is in our list for full replacement.

“The new bridge will be a standard two-lane bridge with a walkway and vehicle barriers.

In the meantime, we will continue our routine maintenance on the bridge.”