Play smart: Team to build on what they did well – Coach Cotter 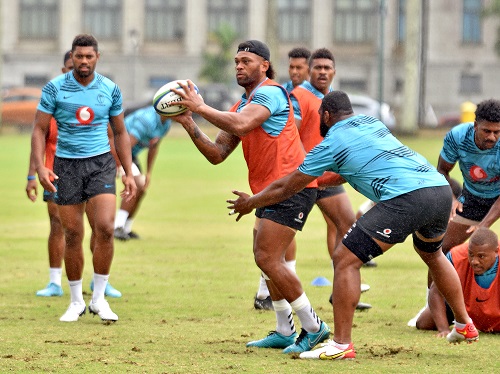 Vodafone Flying Fijians head coach Vern Cotter expects his players to be smart in defence and work together against Australia A during the second round of the Pacific Nations Cup at Churchill Park, Lautoka on Saturday.

He is expected to name a formidable side to continue their winning record.

Cotter said they would need to improve their performance this week against an Australian outfit that would be hungry for a win.

“We looked at lost ball, penalties we gave away and discipline. We compared them with the opportunities we took and we scored five tries and created line breaks and put the Tongan team under pressure.

With the availability of the Europe-based players in the squad, Cotter has a tough decision of putting together a side that will defuse the threat of their Australian opposition.

“We are creating tough decisions within the group, so there will be a couple of changes. There will be a slight difference to the team this weekend.”

Cotter knows the threat Australia will impose on our defence and he believes the players have what it takes to shut them out.

“We saw against Samoa, they are well organised as they always have been.

“They are a well-practised team and they will try and get the ball to the outsides and use speed of pass to create space.

“We need to be very smart in defence and work together.

“We need to be strong and aggressive in our defence, but well-organised at the same time.”

Meanwhile, Australia A will miss the services of Reece Hodge after he was called into the Wallabies camp to replace fullback Tom Banks who broke his arm in the 30-28 victory over England last Saturday.