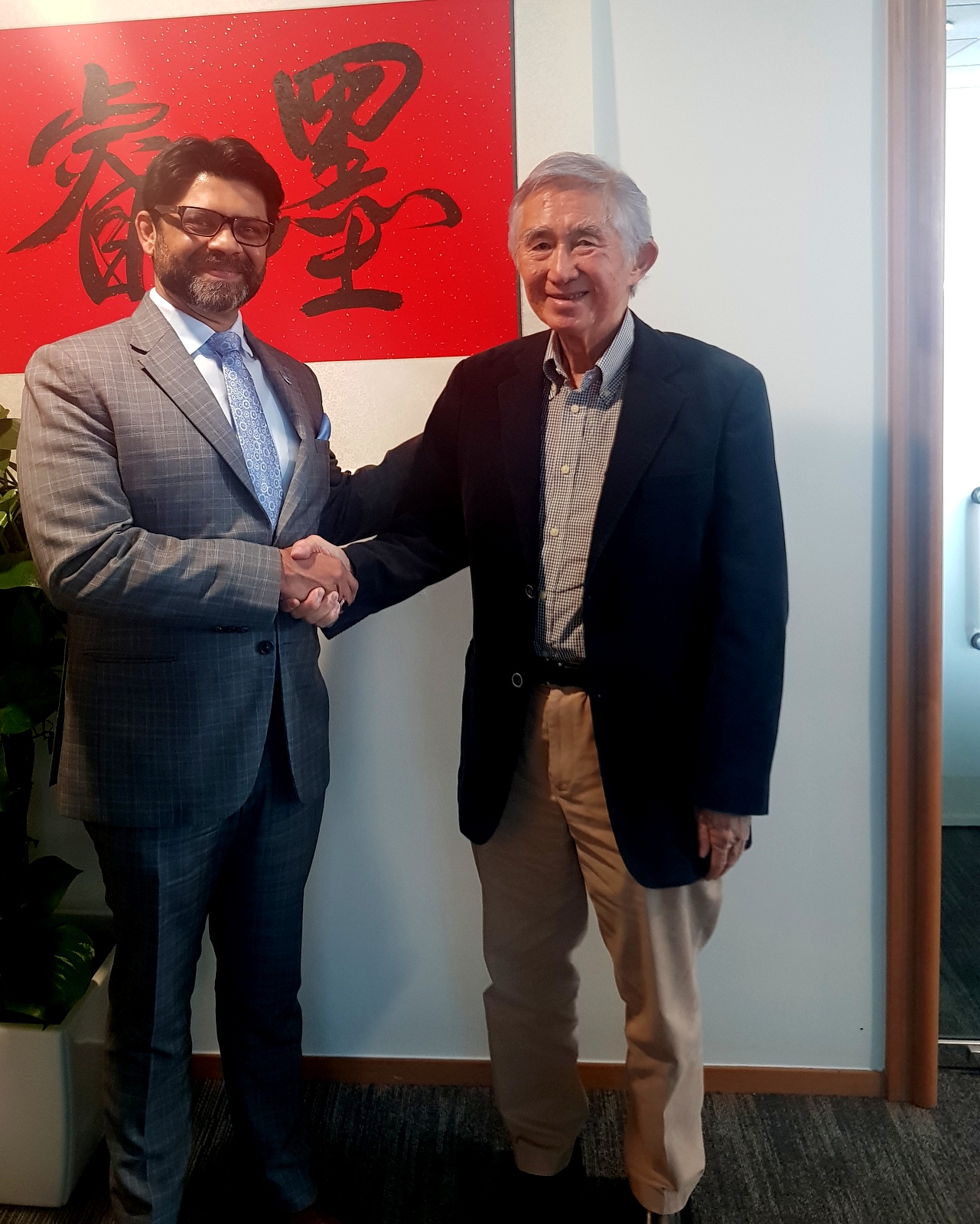 THE Attorney-General and Minister for Economy Aiyaz Sayed-Khaiyum has been briefed on the status of the urban planning project, and proposed recommendations regarding long-term urban development and planning for the greater Suva, Nadi and Lautoka areas.

Dr Liu Thai Ker, Chairman of Morrow Architects and Planners had briefed Mr Sayed-Khaiyum during their meeting in Singapore this week.

Dr. Liu – dubbed Singapore’s “father of urban planning” – has been engaged by the Singapore Cooperation Enterprise to spearhead the Fijian government’s concept master planning project for the greater Suva, Nadi and Lautoka.

His meeting with the Attorney-General precedes his visit to Fiji set for later this week, where he will with meet the Minister for Local Government and other leaders in urban development.

On behalf of the Fijian government, Mr Sayed-Khaiyum welcomed the immense wealth of experience and industry knowledge that Dr Liu offers.

“There is a critical need to change the way we view our urban centres and to plan for the long term. We will need to do so to not only mitigate the decades of disorganised planning, but to build our cities and towns now with a plan that caters for the next 50 to 70 years,” said the Attorney-General. “This requires all stakeholders –– government, regulatory organisations, civil society, businesses and individual citizens –– to think long-term, outside-the-box, and as a community if we are to have modern, efficient, inclusive and attractive municipalities. We need a plan that is inter-generational, which becomes even more critical if we are to have sustainable and green cities and towns.”

Mr Sayed-Khaiyum is in Singapore to attend and participate in the Asia Pacific ICT Ministerial meeting and the Straits Digital Exchange, and to chair a World Bank and IMF Joint Remuneration Committee meeting.