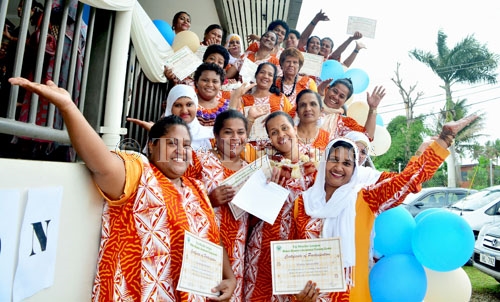 THE Makoi Women’s Vocational Training Centre is looking at enrolling more women into the centre to learn sewing, cooking and hydroponics.

Centre manager Shazna Khan said 646 women had graduated from the centre since 2015.

She said these women had to expand their knowledge and be self-employed rather than being dependent on others.

“We have graduated 646 women so far, we’ve have also implemented workshops during the eight weeks course,” she said yesterday during a graduation ceremony .

“This centre was established in September, 2015. So far we have had 12 batches of graduation courses that we provide in sewing, cooking and hydroponic.”

Ms Khan said the main aim of the centre was to help women start a business.

“We do want them to start something on their own, a business they can run on their own, be it selling or sewing. This centre is mostly for the under- privileged women so women with little or no education or women who live below the poverty line, they have to be above 18 years of age to be able to enrol into this institution.”