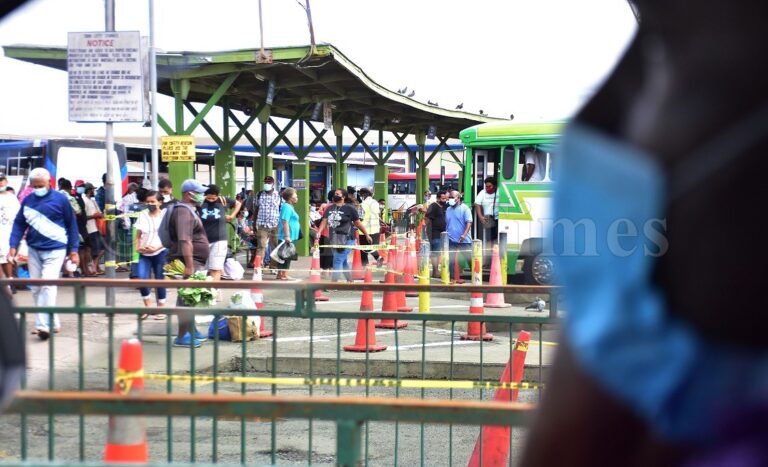 The Suva bus station crowded with commuters during peak travelling times. Government has identified the Valelevu grounds in Nasinu as the site for a new suburban bus shuttle station. Picture: JOVESA NAISUA/FILE

Government has identified the Valelevu grounds in Nasinu as the site for a new suburban bus shuttle station.

This, according to tender documents released by the Construction Implementation Unit (CIU) of the Ministry of Economy. Minister for Economy Aiyaz Sayed-Khaiyum announced in the 2021-2022 National Budget that three shuttle bus stations would be built – in Lautoka, Valelevu and Nakasi.

Government is looking for a lead consultant for the Velelevu suburban bus shuttle station.

“Nasinu area including parts of Nausori is considered as one of the densely populated areas with a population of approximately 120,000 and remains one of the fastest growing peri-urban towns in the Central Division,” stated the CIU tender document.

“It is a major residential hub for the public, consisting majority of the work force and population of all ages.

“Nasinu is an urban area which has citizens travelling from Valelevu to Suva, Nausori and other parts of Viti Levu.”

The tender document stated the Valelevu suburban bus stand would have the capacity for 20-22 buses.

“The current practice is that commuters mostly disembark at the Kings Rd bus stops and walk or catch taxis to reach their destinations.

“This does not fully support the disability friendly and has impact on the elderly, including females.”

The tender document stated the new bus stand would reduce the carbon footprint, assist in Government’s assistance to senior citizens, other welfare assistance and reduce expenses for its citizens by not having to hire taxis and minivans.