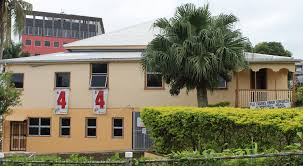 THE planned protest yesterday and the march by Fiji Trades Union Congress (FTUC) affiliate members have been postponed until further notice.

The decision was reached following an emergency meeting of the board members of FTUC on Thursday afternoon.

In a statement issued at 9.29pm on Thursday, the FTUC national executive board confirmed they came to a decision to defer the planned May 3 national protest and the planned May 4 march in Nadi until further notice.