One of the Vanuabalavu plane crash victims, Ravindra Lal, is taken to the CWM Hospital on September 11, 1986. Picture: FILE

The Vanuabalavu plane crash in 1986 was considered the second major air disaster which domestic airline, Fiji Air, had been involved in.

The crash claimed the life of Fewini Veikoso and was covered by this newspaper. The Fiji Times report on Friday, September 12, 1986 highlighted Fewini Veikoso was to attend the funeral of a relative in New Zealand when the accident occurred.

The report highlighted pilots were required to inform the Nausori control tower once airborne.

According to this newspaper, flight PC 94 did not radio in to say it was safely on its way to Nausori.

As worry crept up on a Nausori air traffic controller, news that the 18-seater Riley Heron had crashed, killing one passenger and seriously injuring another, reached the airport.

The Civil Aviation Authority of Fiji (CAAF) dispatched an advance investigating team at 2pm on the second Fiji Air Heron aircraft carrying a medical team to the island led by Dr Lepani Waqatakirewa.

Mr Bamola told this newspaper they would have to wait for a report from the team which had flown to Vanuabalavu and there would have to be a formal inquiry.

The Fiji Times understood the CAAF team was still on the island shifting through the burnt wreckage when the article went to press.

The last major disaster reported before 1986 was believed to be the worst in Fiji’s aviation history where an Islander aircraft crashed into the jungleclad Bua hillside on July 12, 1979. There were no survivors.

The wreckage of the Islander aircraft was found about 10 miles away from the Bua airstrip after two days of aerial and ground searches.

In early August, 1986, another Fiji Air Heron aircraft was stranded on Vanuabalavu with 12 passengers on board because it could not take off. 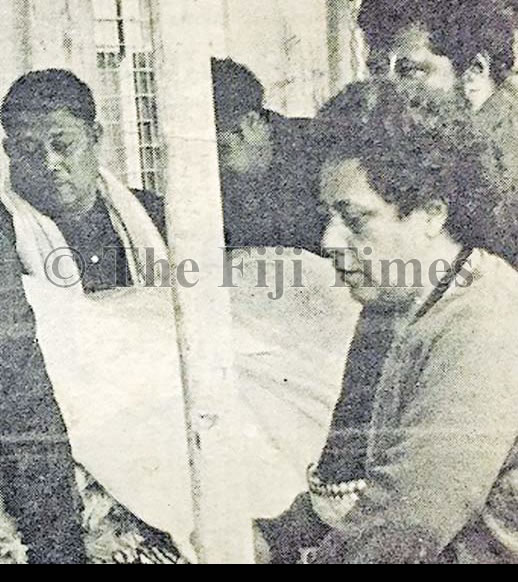 Another Fiji Air aircraft fl ew to Vanuabalavu to assist in carrying some of the passengers to Suva.

When the two Heron aircraft were delivered to Suva from the United States in December the year before, one developed a problem with its nose wheel while landing at the Nausori Airport.