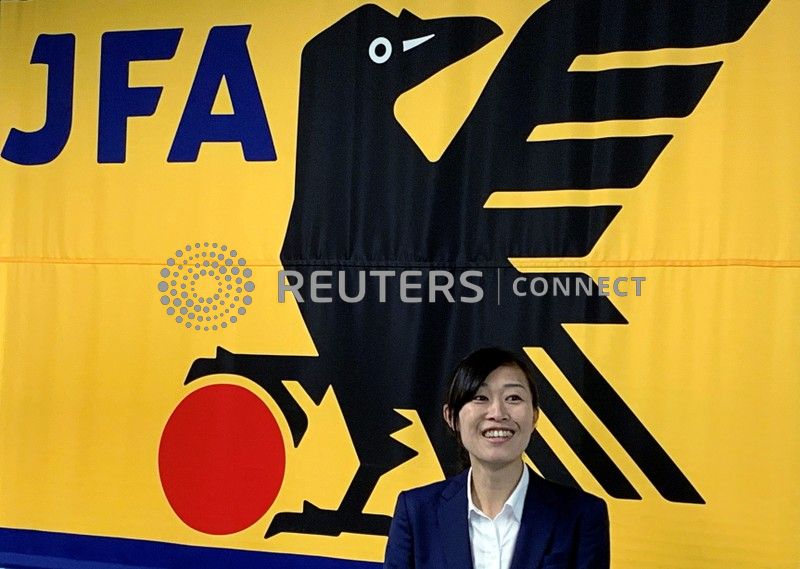 TOKYO (Reuters) – Japanese referee Yoshimi Yamashita is hoping her trailblazing work as part of the first all-female trio to officiate a men’s match in Asian continental competition last week will encourage girls to feel they can do anything in the game.

Along with Makoto Bozono and Naomi Teshirogi, Yamashita made history last Wednesday when she took charge of the clash between Yangon United and Naga World in the AFC Cup, the club tournament for Asia’s “developing” football nations.

Yamashita, who will be back officiating women’s matches next month when she and her assistants head to France for the World Cup, is clearly still coming to terms with her role as a breaker of glass ceilings.

“I do not feel as if I am the pioneer, but when I see the game objectively, I understand that it would be an opportunity to be one,” Yamashita told Reuters in Tokyo on Tuesday.

“I think I need to be conscious of (being a role model).

“If I could make one (girl) want to be on the pitch, play football or become a referee, I would be happy. So, I feel that I need to be conscious of that responsibility.”

Yamashita joined the likes of Stephanie Frappart and Bibiana Steinhaus, who have officiated top flight men’s games in France and Germany respectively, as pioneers in refereeing.

The 33-year-old started playing soccer when she was four and said she partially took up the whistle because of the greater opportunities refereeing presented for women.

“There is no difference between male and female referees,” said Yamashita, who also works as a gym instructor five days a week.

Yamashita wants to use her position to encourage girls to become involved in all facets of the game.

“It is so important for them to know soccer is not all about playing,” she said.

“Coaches can be seen as they tend to coach on the pitch, but I think it is important for them to learn more about administration side of the business and referees.”

The Women’s World Cup will be Yamashita’s first, but she did officiate at an under-17 World Cup and the final of the 2017 Algarve Cup invitational tournament.