Pio to PM: Get off high horse 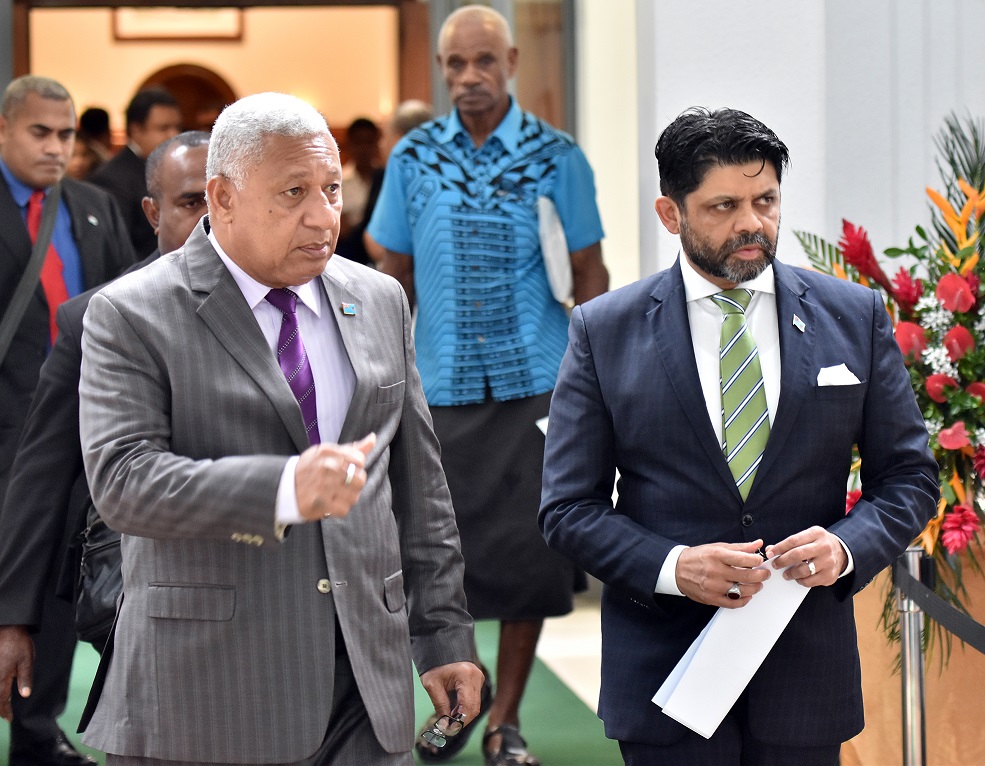 PRIME Minister Voreqe Bainimarama should look at his own house before talking about domestic violence against women in Parliament, says Opposition MP Pio Tikoduadua.

He made this statement in Parliament yesterday while speaking on a motion to establish a special parliamentary committee to oversee the increase in illicit drugs in Fiji.

Mr Tikoduadua said Government MPs were up against Opposition MP Mosese Bulitavu on degrading comments he made about women.

He added they would not realise their hands were not clean and they should be the last people speaking on this particular issue.

“Get off your high horse; you are the last people to talk on this issue, the honourable Prime Minister should be the last person talking about violence against women in this House,” Mr Tikoduadua said.

He labelled Mr Bainimarama a hypocrite when it came to raising awareness on violence against women.

Mr Bainimarama then raised a point of order demanding an explanation of Mr Tikoduadua’s statement.