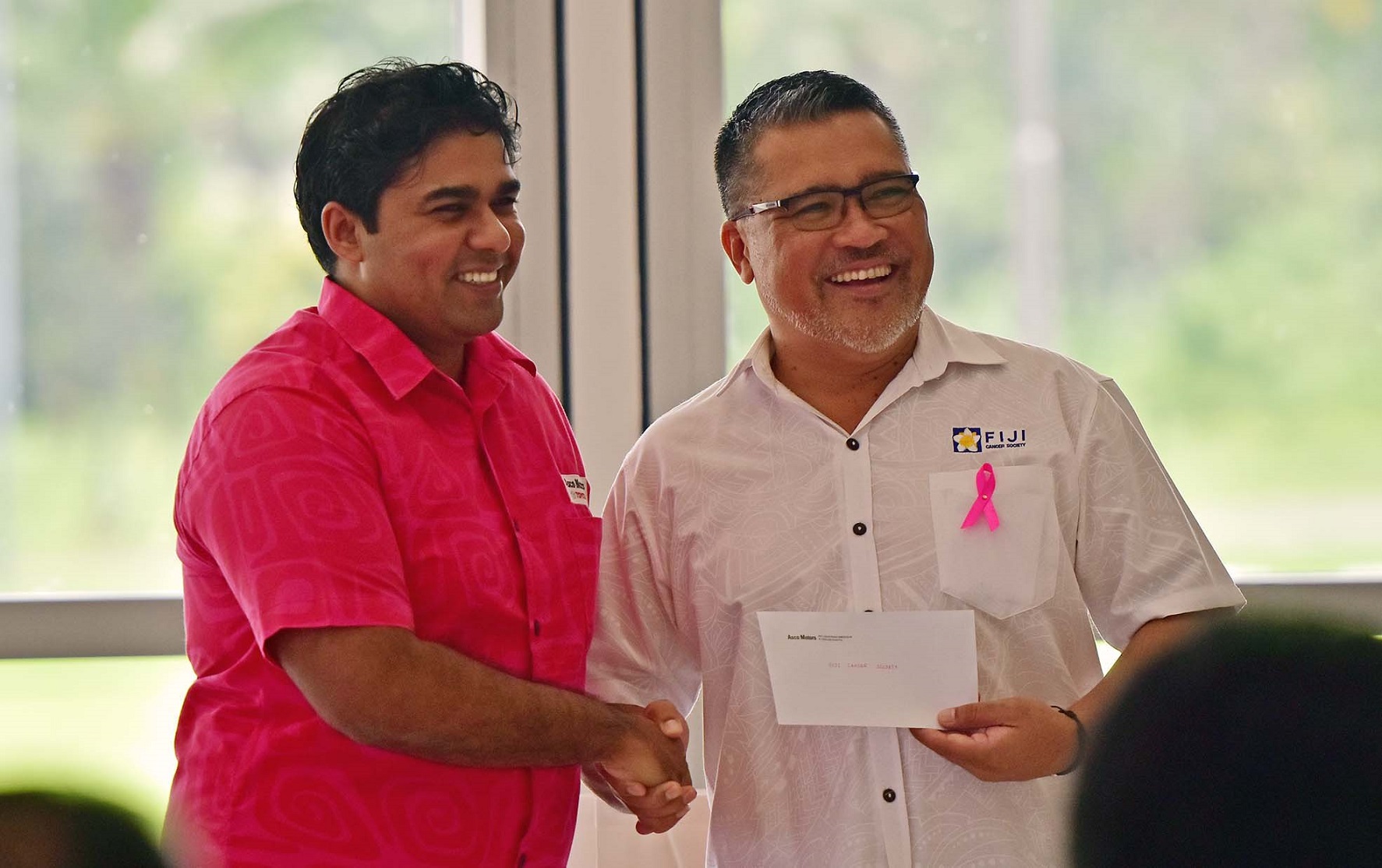 ASCO Motors gave $2500 to the Fiji Cancer Society (FCS) during their morning tea at their renovated showroom in Nabua on Monday.

Chief executive officer and director for Asco Motors Craig Sims, who is from Australia, said they would do anything they could to help the FCS.

He said he had met cancer patients last year while attending Pinktober events and saw the struggle the patients and their family members faced.

Mr Sims said they came on board with the FCS last year as an automotive partner.

He adds that to get the morning tea organised they got corporate bodies to buy tables at $50 per chair to raise funds.

FCS president Phillip Low said the money would go into patient care, survivors care and transportation for the patients.

He said they were looking at opening up a second office in the Western Division to have their presence in Lautoka. Mr Low stressed that the main challenge they faced was getting people screened and tested early.