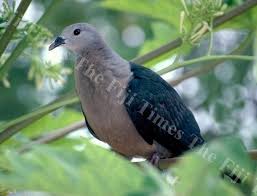 The 2020 Pigeon Shooting Season has been cancelled Picture: FT FILE

MINISTER for Agriculture Dr Mahendra Reddy has declared the 2019 pigeon shooting season open from May 26 to June 14.

The ministry is also advising the public not to take or kill more than five pigeons per day during the 2019 season.

According to section 9 of the Act, every person intending to take part during this open season should obtain and carry at all times a valid licence for 2019.

They must also be able to produce the licence upon demand by game rangers; as well as hold a licence to possess, use or carry arms and ammunition issued under the Arms and Ammunition Act 2003 and produce the same up.