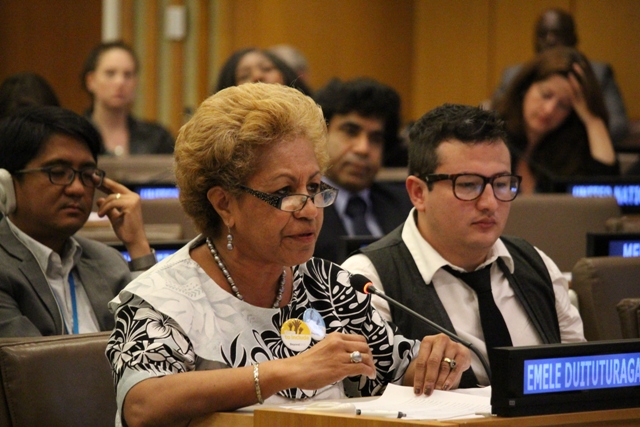 THE Pacific Islands Association of Non-Governmental Organisations (PIANGO) has praised the decision of the traditional elders of the Pacific island of Futuna for disallowing any work related to seabed mining in their waters.

The traditional kingdoms on Futuna had stated that their decision, expressed at a meeting in Futuna with French delegates sent to explain the potential of mining rare earths, was final and that any discussion about land matters had to be held with the customary leadership and not with the assembly of Wallis and Futuna.

And PIANGO executive director Emele Duituturaga said they stood with other regional NGOs and Pacific churches in the continued call for a ban on seabed mining.

“We have not seen income from terrestrial mining improve the lives of Pacific peoples and we doubt very much this will be the case for seabed mining,” Ms Duituturaga said.

She added it was still unclear what level of income governments will receive – “let alone communities”.

Ms Duituturaga said the changing climate leading to warming of the ocean was already having an impact on fisheries and ocean livelihoods in the region.

She said that evidence showed some local fishing practices and land uses were also damaging the health of local food supplies on the coasts and inland, and it was becoming increasingly difficult to maintain the health and integrity of those sources, especially after a disaster and resource extraction.

She added they often could not afford to buy food and water from other sources and the threat seabed mining posed on the surrounding environment would further compound this.

“There is little consideration for what will happen and what kind of remedies are available if planned exploration/ exploitation severely disrupts the environment. The ocean is a global commons. It belongs to us all; and we are all affected by changes in it.”

Ms Duituturaga commended the traditional leaders for making such a bold decision in the interests of their people.

She said PIANGO urged Pacific island governments to be responsible on this issue and not make hasty decisions.

“We are insistent that independent social and environmental studies are conducted.

“We are concerned that biodiversity and life under the sea will be destroyed and these minerals that have taken thousands of years to deposit will be extracted without replenishment.

“There is no evidence to assure us that that seabed mining is not harmful and not disruptive to livelihoods from the surrounding oceans.”