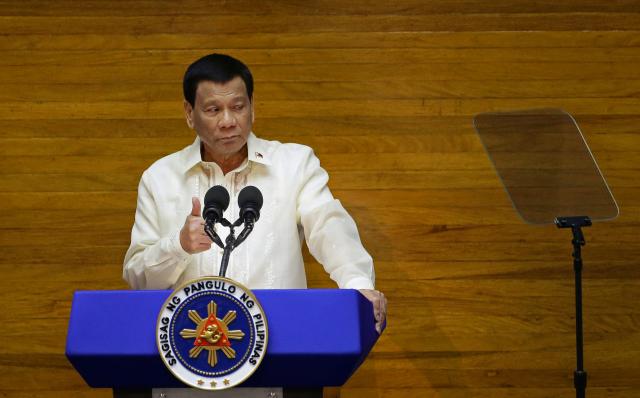 MANILA (Reuters) – Philippine President Rodrigo Duterte on Thursday approved a long-awaited law to allow minority Muslims in the south to start moving toward self-rule by 2022, a bid to tackle extremism and defuse a half-century of separatist conflict.

The green light is the culmination of a lengthy and rocky peace accord with separatists, during which militants linked to Islamic State have expanded their influence, most notably in their devastating occupation of Marawi City last year.

Duterte signed the measure into law after a visit to a southern city, his spokesman, Harry Roque, told reporters.

The Bangsamoro Organic Law, as the measure is known, has broad public backing, making it harder for foreign extremists to form alliances and win support, he told reporters.

“All these splinter groups are a result of the frustration with the peace process. The moment the small groups no longer accept the foreign elements, they can no longer come (to the Philippines).”

The Bangsamoro area includes part of the Philippines’ second-largest island of Mindanao, and a chain of dozens of small islands to the west notorious for piracy and banditry.

An estimated five million Muslims live in the region, which has the predominantly Catholic nation’s lowest levels of employment, income, education and economic development.

The new law gives the new entity, Bangsamoro Autonomous Region in Muslim Mindanao, political and economic powers that successive governments have promised separatists, in order to halt conflict that has killed about 120,000 people, displaced 2 million, and helped radical Islam gain a foothold in the region.

Mindanao remains under martial law until the end of this year, to allow security forces to halt a regrouping by a pro-Islamic State alliance that held Marawi through five months of air and ground assaults, in a battle reminiscent of Raqqa or Mosul in the Middle East.

Next comes an October referendum, where a positive result would let Duterte appoint an 80-member panel to set up a parliamentary system loosely patterned on Malaysia’s federal government.

Iqbal said the rebels were expected to decommission 30 percent of their 40,000 weapons after the referendum.

Although many powers will be devolved, the central government will keep control of security.