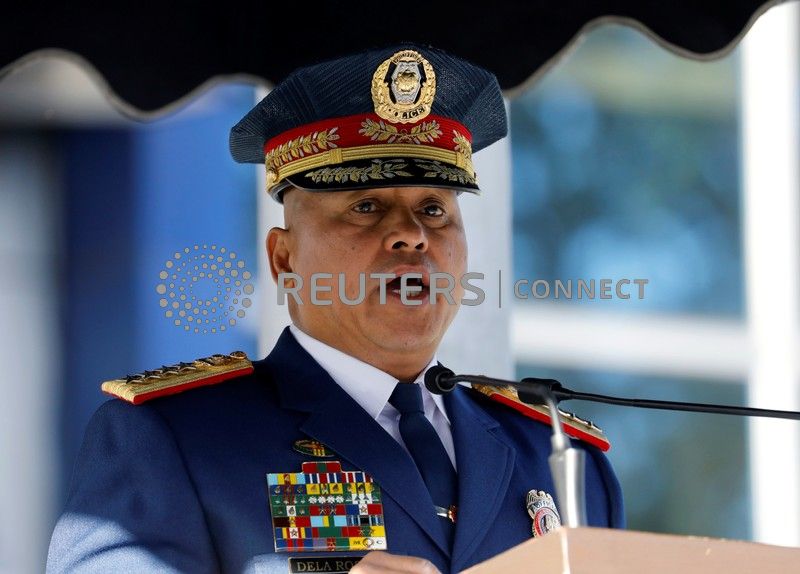 MANILA (Reuters) – A former police general who oversaw the bloodiest years of the Philippines’ war on drugs on Thursday shrugged off the killing by police of a 3-year-old girl in a sting operation, saying the world was not perfect, and “shit happens”.

Ronald dela Rosa, a Senator who once led the crackdown that has killed thousands of mostly urban poor drug users and peddlers, said “collateral damage” was inevitable in police operations, referring to Sunday’s killing of toddler Myka Ulpina in a province near Manila.

Police said the girl was used as a human shield by her father, a suspected drug dealer who opened fire on them when they tried to arrest him. The girl’s mother has rejected that version of events.

“We are living in an imperfect world,” dela Rosa told a news conference.

“Would a police officer want to shoot a child? Never, because they have children as well. But shit happens during operations.”

The New York-based Human Rights Watch said the child’s killing should motivate the international community to do something to prevent more bloodshed.

Last month, 11 U.N. human rights experts called for an international investigation into the drugs war, due to “a staggering number of unlawful deaths and police killings”, which the government had shown no interest in investigating.

Critics of President Rodrigo Duterte say his three-year-old campaign has largely been a failure, intended to create shock and fear and burnish his tough image without making a dent on big narcotics syndicates.

Allegations of police cover-ups, summary executions and planting of drugs and guns are widespread. Police reject those and say all of the more than 6,000 people they say they have killed were all armed and had all resisted arrest.

Activists say the number killed in drug-related incidents could be more than 20,000.

Police spokesman Bernard Banac said officers involved in the child’s killing had been suspended pending an impartial investigation “to determine which firearm caused the death of the young girl”.

He recounted the police version, that the girl’s father pulled a gun first.

“In that situation it cannot be helped if there was an accident … if he used his daughter as a human shield,” he told news channel ANC.

In a Tweet, Jose Manuel Diokno, a top lawyer who has mounted legal challenges to Duterte’s crackdown, said the day of reckoning would come for abusive police.

“This is not ‘shit happens’. This happens when gov’t dispenses justice from guns instead of courts,” he said.