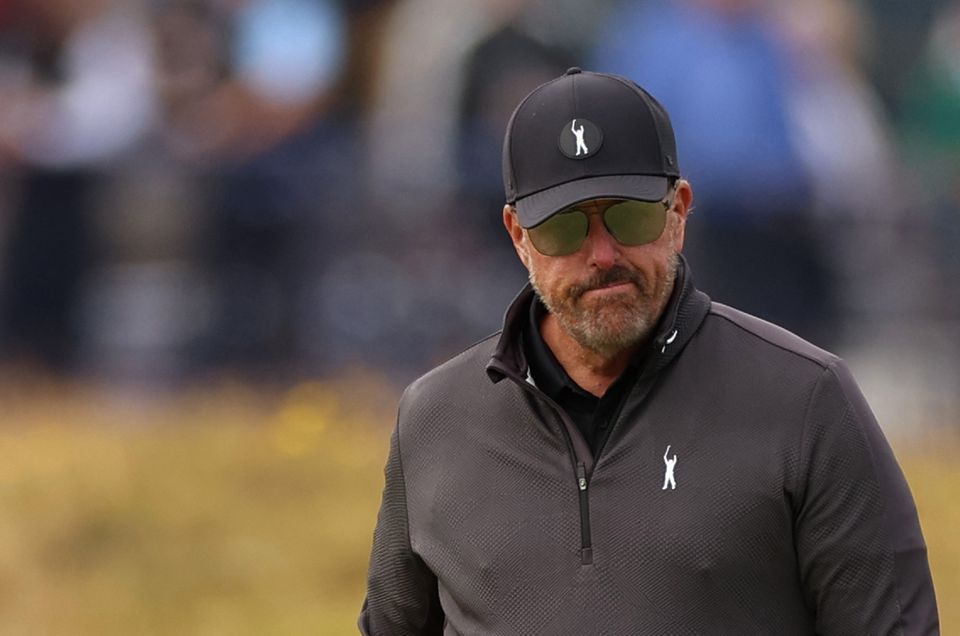 Golf - The 150th Open Championship - Old Course, St Andrews, Scotland, Britain - July 15, 2022 Phil Mickelson of the U.S. on the 1st during the second round REUTERS/Phil Noble

September 15 – Phil Mickelson said it’s no longer “necessary” to be attached to an antitrust lawsuit against the PGA Tour and he has yet to decide whether he’ll stick with it or remove his name.

Speaking to reporters at Rich Harvest Farms ahead of this weekend’s LIV Golf Invitational Chicago, Mickelson expressed his confidence in the suit now that the LIV Golf entity has joined its players in it.

“Now that LIV is involved, it’s not necessary for me to be involved,” Mickelson said. “I currently still am. I don’t know what I’m going to do, really.

“The only reason for me to stay in is (monetary) damages, which I don’t really want or need anything. I do think it’s important that the players have the right to play when and where they want, when and where they qualify for. And now that LIV is a part of it, that will be accomplished if and when they win.”

Eleven members of LIV Golf originally came together to bring the suit against the PGA Tour in August. They sought to challenge their suspension from the PGA Tour for participating in the first LIV event without the tour’s consent.

Since then, Jason Kokrak, Pat Perez and Mexico’s Carlos Ortiz and Abraham Ancer dropped out of the lawsuit.

If Mickelson also drops out, it would leave Bryson DeChambeau, Talor Gooch, Hudson Swafford, Peter Uihlein, Matt Jones of Australia and England’s Ian Poulter as the remaining plaintiffs, along with LIV Golf itself.

“Banning Plaintiffs and other top professional golfers from its own events degrades the Tour’s strength of field and diminishes the quality of the product that it offers to golf fans by depriving them from seeing many top golfers participate in Tour events,” the lawsuit argues. “The only conceivable benefit to the Tour from degrading its own product in this manner is the destruction of competition. Indeed, the Tour has conceded its nakedly anticompetitive purpose in attacking and injuring the players.”

Mickelson is no longer interested in returning to the PGA Tour, saying at the previous LIV event in the Boston area that he has “moved on” and trying to build LIV into a world-class golf league.