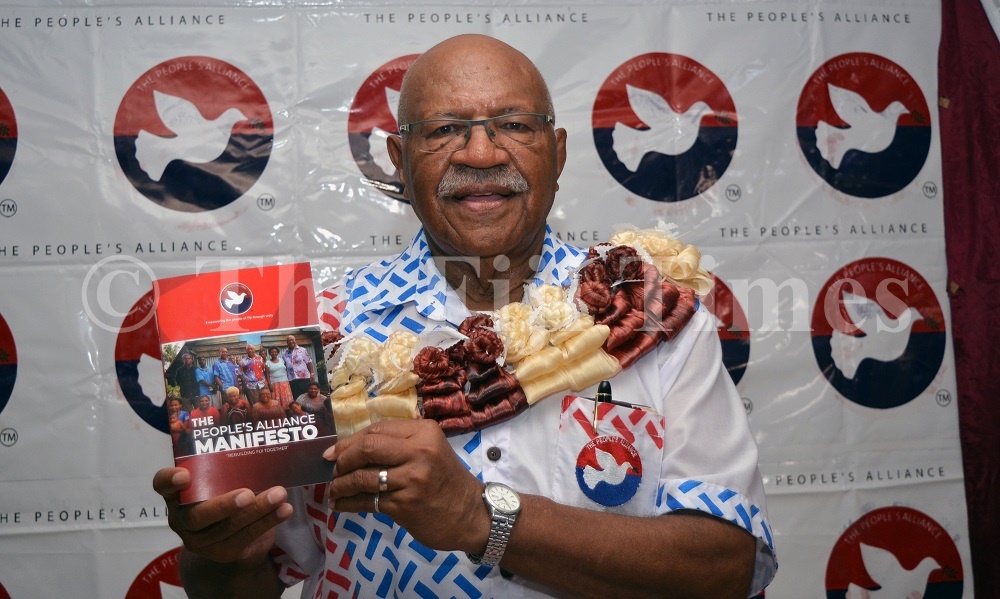 The People’s Alliance government will work on phasing out the Fiji Independent Commission against Corruption (FICAC) within 100 days of taking office, stated the party manifesto that was launched at the Namoli Village in Lautoka on Saturday.

“Phase out FICAC and incorporate the functions to the relevant existing agencies,” states the manifesto.

FICAC was established in April 2007 and under the 2013 Constitution, and is mandated to investigate, institute and conduct criminal proceedings related to corruption and electoral infringements.

Also, within 100 days of taking office, a PA government will form a Truth and Reconciliation Commission “to heal the pains and scars left by the events of 1987, 2000 and 2006”.

The new PA government will remove laws and decrees that undermine human rights, media freedom, freedom of association of individuals and group rights. “I now flag our concern about certain media outlets receiving substantial amounts of public money, apparently in return for favourable coverage of the government. In other words, propaganda,” said PA leader Sitiveni Rabuka in his speech on Saturday.

“This, too, will be investigated. We stress, however, our total commitment to media freedom and the part that plays in the promotion of democracy.”

Local government election will be held within 12 months of a PA government taking office, states the manifesto.

“Reconvene the Commission of Prerogative of Mercy to consider applications for mercy from correctional facilities.”

A PA government will also establish a Land Claims Tribunal and review all public holidays.