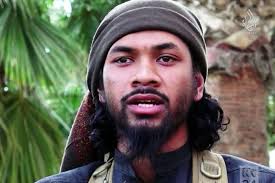 CANBERRA, 31 JANUARY 2019 (THE GUARDIAN) – The Australian government did not consult the Fijian government or any experts on Fijian law before determining that the Islamic State recruiter Neil Prakash had ceased to be an Australian citizen because he was Fijian.

At a committee hearing on Wednesday, home affairs department officials revealed that the minister, Peter Dutton, relied solely on the government’s own advice, despite what the shadow attorney general, Mark Dreyfus, described as clear evidence on the public record that Prakash was not Fijian.

The officials repeatedly refused to release advice on Prakash’s citizenship status and on the constitutionality of a bill to increase Dutton’s powers to strip people convicted of terrorist offences of Australian citizenship.

On 22 November Dutton announced the government would seek to lower the threshold for revoking citizenship so that the minister would only need to be “reasonably satisfied” that a person would have another citizenship.

The policy was rejected by the Law Council of Australia, which warned it was likely to render people stateless in instances that the minister believed a person had foreign citizenship when, in fact, they did not.

The bill is likely to be highly contentious when parliament returns in February, as Scott Morrison has nominated national security as a top legislative priority.

In December the government announced that Melbourne-born Prakash had been stripped of his citizenship. Fiji rejected the claim he is a Fijian citizen, a necessary condition under the existing law the bill seeks to amend.

On Wednesday home affairs department officials told the parliamentary joint committee on intelligence and security that Dutton had determined that Prakash ceased to be an Australian citizen in August or September.

Dutton relied on legal advice from the Australian government solicitor (AGS) special counsel, Ian Deane, who attended the hearing but refused to explain on what basis he had concluded Prakash was Fijian.

Linda Geddes, the commonwealth counter-terrorism coordinator, said the department had not received any advice from an expert in Fijian citizenship law.

Asked if the government had taken any steps to verify with the Fijian government that Prakash was Fijian, Geddes replied: “No, no we did not.”

On 28 September the Department of Foreign Affairs and Trade contacted Fiji to inform it of Dutton’s decision. Geddes said under the current law Prakash could take the matter to the high court or federal court and – if he was not Fijian – his Australian citizenship would be considered never to have been revoked.

Dreyfus noted that under the 1997 Fijian constitution dual citizenship is prohibited and a minor who obtains another citizenship must renounce it before their 22nd birthday or else forfeit their Fijian citizenship.

He reasoned that even if Prakash – who was born in Melbourne in May 1991 – had received Fijian citizenship from his father at birth he had ceased to be a Fijian citizen in May 2013.

“On publicly available material it’s possible to determine that Prakash could not possibly have been a Fijian citizen,” the shadow attorney general concluded.

Pip de Veau, the first assistant secretary in the home affair’s department’s office of general counsel, said she did not concede that Prakash’s case was clear-cut.

The constitutional experts Kim Rubenstein and George Williams warned it was “more likely than not” that the high court would find the bill to be unconstitutional.

They said the bill may offend the separation of powers – because the home affairs minister, rather than judiciary, is in effect imposing a punishment – and the constitution may not allow an Australian citizen to be deemed to be an alien.

De Veau said the government had received constitutional advice from the AGS office of general counsel but had not taken advice from the solicitor general, its most senior lawyer.

She refused to release the AGS advice but said it “does not accord with the view” of Rubenstein and Williams.

The Liberal chair of the committee, Andrew Hastie, said while it “may not pass the non-government [members’] test” it would “pass the pub test” to say Prakash had renounced Australian citizen by his conduct and “does not want to be an Australian”.