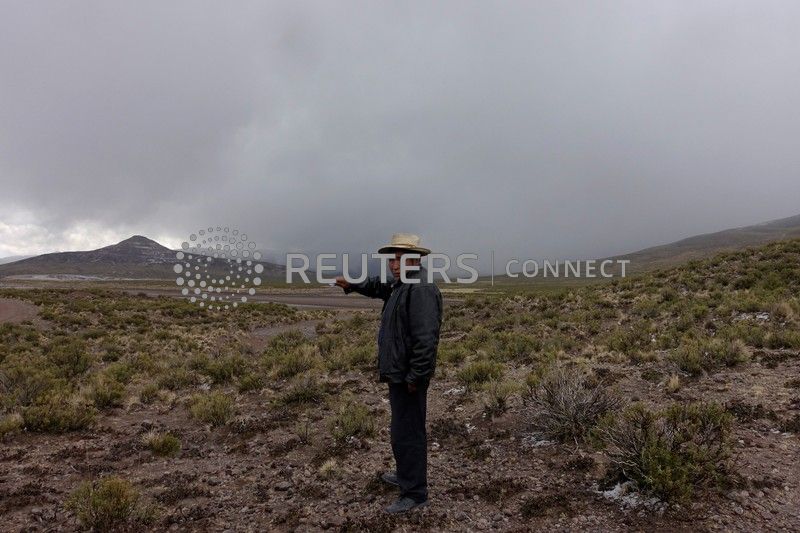 A man points at a cloud of ash from the Ubinas volcano, in Santiago de Machaca, Bolivia, along the border with Peru, July 20, 2019. REUTERS/David Mercado

LIMA (Reuters) – Peruvian authorities evacuated hundreds of people living near a volcano in the country’s south, after explosions and ash emissions on Friday.

The National Institute of Civil Defense (Indeci) ordered the evacuation after the Ubinas volcano, the most active in the country located in the Moquegua region, recorded two explosions that led to ash being spewed within a radius of 25 km (16 miles), affecting at least eight inhabited areas.

“Actions are being taken for around 1,000 people living in the areas around the Ubinas volcano, so they can be relocated to shelters already provided for in contingency plans,” Indeci chief Jorge Chavez told local radio station RPP.

The education ministry said that in towns near the volcano, about 1,200 km (745 miles) south of Lima, classes were suspended and people were given masks and goggles as protection against the ash and gases from the volcano.

The Geophysical Institute of Peru (IGP) said that the explosions had started since dawn on Friday.

Southern Peru, an area where there are important mining sites, is home to a dozen active volcanoes. Peru is also in the so-called Pacific “Ring of Fire,” an area with a high incidence of earthquakes and volcanic activity.