Peru child sacrifice discovery may be largest in history 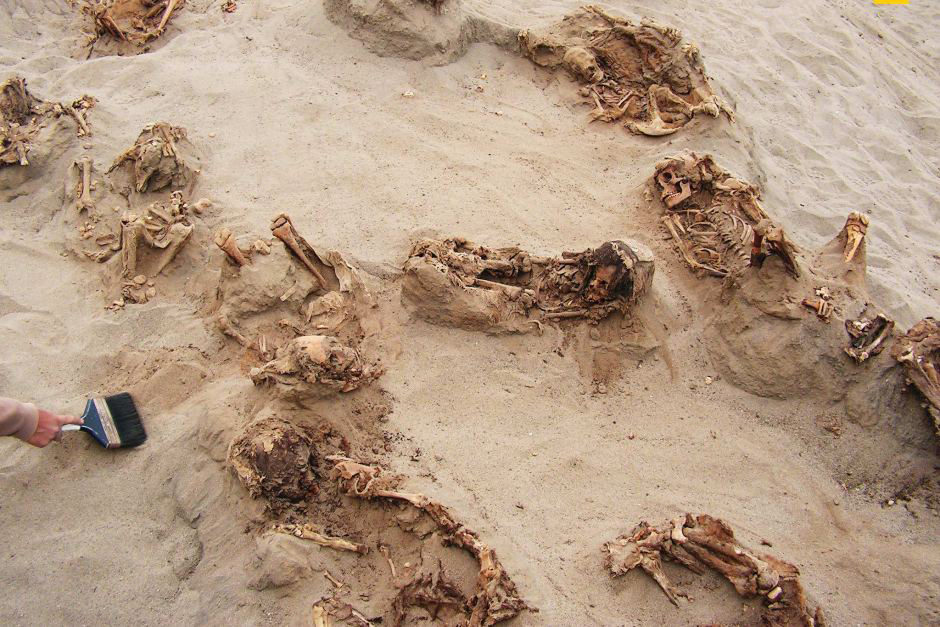 Some of the skeletons discovered near the Peruvian city of Trujilo. Picture: AP

Archaeologists in northern Peru say they have found evidence of what could be the world’s largest single case of child sacrifice. The pre-Columbian burial site, known as Las Llamas, contains the skeletons of 140 children who were between the ages of five and 14 when they were ritually sacrificed during a ceremony about 550 years ago, experts who led the excavation said.

The site, located near the modern day city of Trujillo, also contained the remains of 200 young llamas apparently sacrificed on the same day.

The burial site was apparently built by the ancient Chimu empire.

It is thought the children were sacrificed as floods caused by the El Nino weather pattern ravaged the Peruvian coastline.

“Llamas were also very important because these people had no other beasts of burden, they were a fundamental part of the economy.”

Excavation work at the burial site started in 2011, but news of the findings was first published on Thursday by National Geographic, which helped finance the investigation.

Professor Prieto said along with the bones, researchers found footprints that had survived rain and erosion.