PEOPLE: Seru returns to his roots 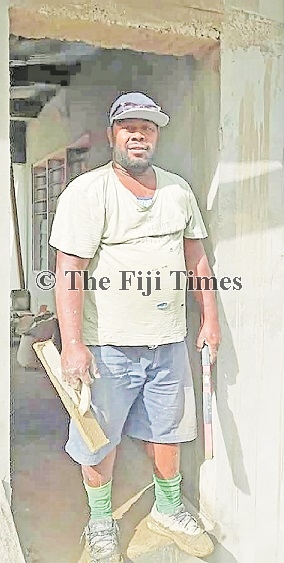 Seru Tuidravutu back in his village. Picture: VILIAME RAVAI.

After eight good years of work at a paradise resort in Yasawa like many others, Seru Tuidravutu packed his stuff and moved back to his village in Tailevu when COVID-19 shut borders and disrupted businesses across the country.

With a heavy heart and unexpectedly, Mr Tuidravutu’s decision to move to the village needed to be done for his family’s sake.

As a sole breadwinner of the family, village was his only option for his family of four children and wife.

“I enjoyed my work at the Yasawa Island Resort for the past eight years and when the government announced the first case of COVID-19 in the country everything changed,” he said.

“I left and moved straight to my village in Tailevu.

“Moving back to the village was not easy particularly settling down in a different environment after many years away.

“While some welcomed us there were others with different mindsets and opposing opinions.”

Left in dire straits, the 37-year-old said he turned to one of his old talents to secure a livelihood.

“I was once a joiner employed at Tabua Furniture for about three years,” he said.

It was a trade he studied at the Monfort Boys Town in Veisari in Lami during his school days.

He said he was also a former school teacher, but his skills were more in joinery.

“My brother in Australia called me wanting to have kitchen cabinets at his home in the village.”

“So I built those cabinets and finished it within a week.

“I posted my work on Facebook and soon I started to get phone calls from all over the country asking about my joinery work.”

He said it was a blessing in disguise and he realised the potential he had been harbouring for long.

He said it was basically a rediscovery of a talent that was given by God.

“Staying in the village opened my eyes to many things particularly how precious life is and the fact that nothing in this world is for sure – not even our jobs,’ he said.

The Waikete man continues to put food on the table for his family and is not thinking of returning to his old job any time soon.

“I want to be here with my family and I’ve found better use for the skill set I have.

“I have three full-set kitchen cabinets to build and I’m focusing on that now.

“If Courts and other big furniture stores build their own cabinets and furniture I can do it too with absolute faith in my God and my work.

“I know things will never get any easier, but I’m content with what I have in my village.

“I know some young people and some heads of families are struggling to make ends meet, but you just have to believe in yourself and seek God’s leadership.”