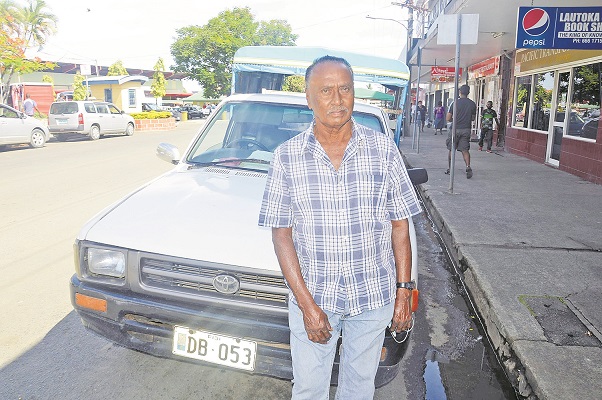 Narayan Sami always wanted to be his own boss since he was a child.

“I absolutely wasn’t fulfilled although I had found a decent job earlier on in my life,” he said.

“I knew I’d thrive as my own boss and have complete control over my take home pay including the workload.

“I was so correct because I now work as a carrier driver.

“I think being my own boss has been an extremely wonderful journey thus far and I want to continue with the same vigour when I first decided to operate my own carrier business.”

Mr Sami said it was an amazing feeling to be the master of his own destiny.

“I am so happier ever since I commenced my own carrier business. “I can confidently say that I am a content person. “I had saved enough money and managed to pay off all the debts.

“Although I wasn’t in an ideal financial situation prior to starting my own carrier business, I believe my disciplined upbringing has provided the ideal platform for me and my family to enjoy a successful life.

“I have always been an optimist and I have never regretted my decision to be my own boss. “I also have endured negativity with being my own boss, however, I kept pressing on because of my children.

Mr Sami said the urge to venture into his own carrier business came by chance.

“My cousin used to have a contract with the Public Works Department and I bought my carrier with the savings I had.

“We continued with the contract for a couple of years until it wasn’t renewed. “I started driving my own carrier as an alternative form of income and I have been operating from the Lautoka base for the last 26 years.

“I always had my heart set on being my own boss so that is what I focused on and the rest is history.”

He said the transition was smooth although it was a learning curve.

“I had learned so much in the first 12 months of being on my own. “The biggest challenges for me were being away from home whenever I had customers who wanted to go faraway places.

“I used to get lonely most of the times.

“It’s a surreal feeling to be home after a hard day’s work and that’s the best part of my work.

“I like it that way!” Mr Sami added his hard work and dedication had finally paid off.

“I have managed to clear the mortgage on the carrier which had cost me $14,000.

“I love the challenges of being a carrier driver including the freedom that comes with it. Each day is different.

“We have to be prepared for any weather condition also. “I reckon one needs to love being outdoors to enjoy a successful work as a carrier driver.”

Mr Sami said being raised in a big family of four brothers and three sisters had its fair share of challenges, especially with his late father engrossed in sugar cane farming.

“My late father was a hard worker.

“I will always miss him and I have been so fortunate that he was my father. “There never was a day when any one of his children used to sleep on an empty stomach although he did on a number of occasions.

“He had a heart of gold. “My late father always used to instil great values in all his children.”

Born and bred in Solovi, Nadi Mr Sami said he had to quit school at an early age.

“I have only been educated up to Year Five.

“I decided to assist my parents in looking after the welfare of the family and worked as a cane cutter for a number of years.

“I got married when I reached 20 years and have four children. Three are married and have their own families while my youngest daughter stays with me and my wife at our home in Saweni.

“I had bought a piece of land there after securing employment at Punjas where I worked for almost two decades.”

He had some strong messages for the masses.

“No work is small or big, but always have the self-confidence to excel.”