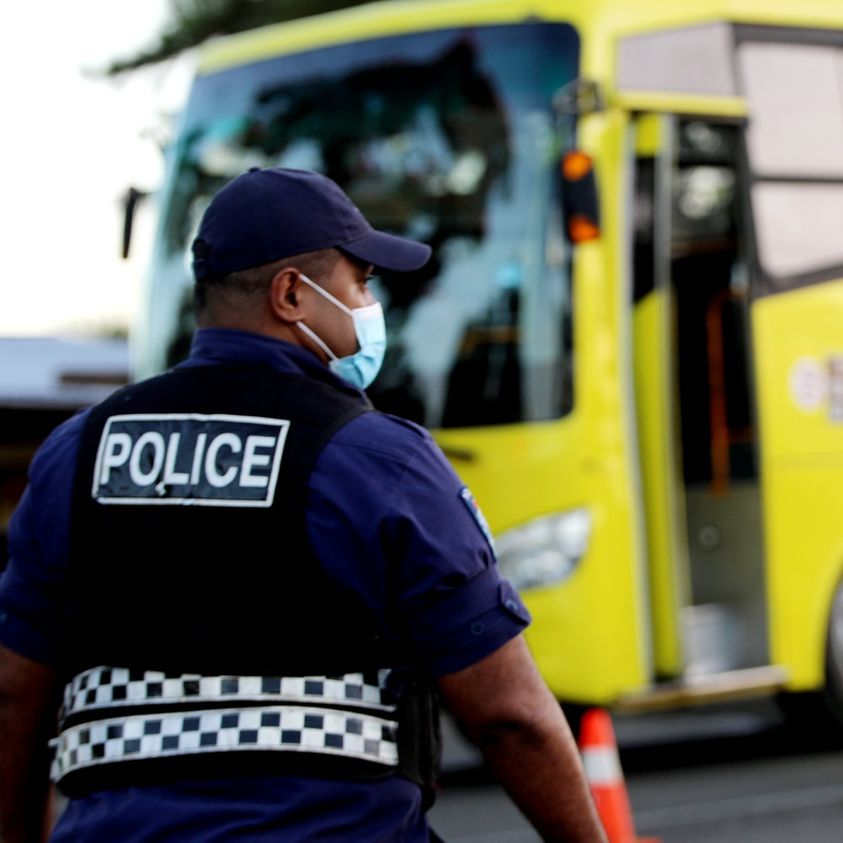 A police officer on patrol in Suva. Picture: FIJI POLICE

Members of the public should expect a surge in police operations in major divisions around the country.

Fiji’s Acting Commissioner of Police Rusiate Tudravu said this was in support of the Ministry of Health’s “containment and mitigation efforts”.

He said snap checkpoints would be erected throughout the divisions as officers continued to conduct community visitations and keeping a close eye on business operators to ensure they were complying with health measures.

“We encourage Fijians to report breaches and by doing so, you’re protecting your families and communities from the virus,” A/CP Tudravu said.

“According to its latest release, cases are also increasing in the West with evidence of community transmission in that division with increasing numbers of people with severe disease, and deaths in the West.

“We ask for your cooperation in adhering to these life saving measures.”

A/CP Tudravu made the comments as he reported the issuance of 95 public health infringement notices from last Saturday morning to Monday.