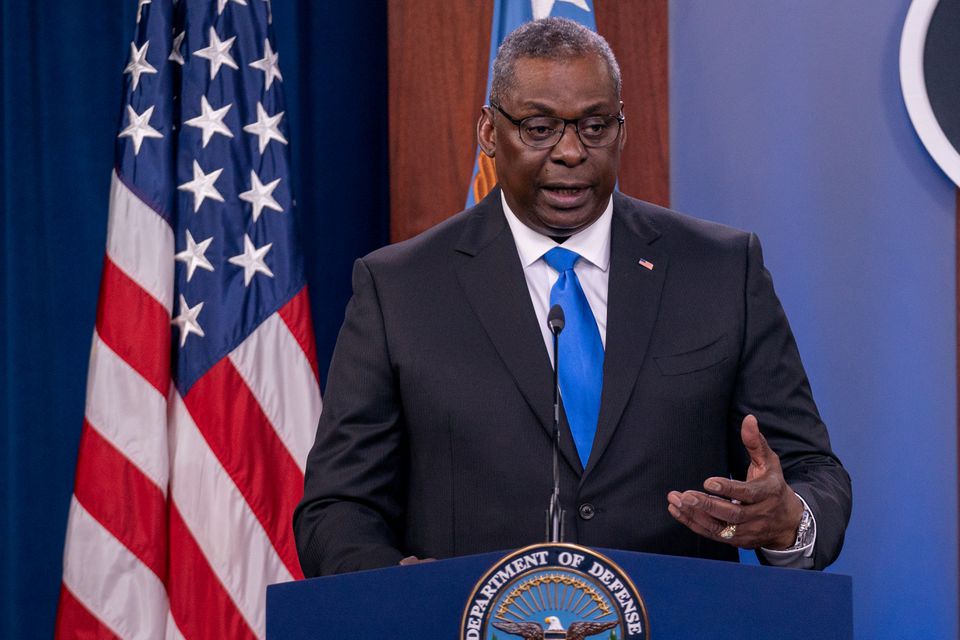 U.S. Defense Secretary Lloyd Austin will on Thursday look to nudge forward security ties with Vietnam that have been slowly deepening as both countries watch China’s activities in the South China Sea with growing alarm.

Despite growing military relations, more than four decades after the Vietnam War ended in 1975, President Joe Biden’s administration has said there are limits to the relationship until Hanoi makes progress on human rights.

Vietnam has emerged as the most vocal opponent of China’s territorial claims in the South China Sea and has received U.S. military hardware, including coastguard cutters.

“(Vietnam) wants to know that the U.S. is going to remain engaged militarily, it’s going to continue its presence in the South China Sea,” said Greg Poling, with the Center for Strategic and International Studies.

On Wednesday, a U.S. Navy warship carried out a transit through the Taiwan Strait. While such operations are routine, they usually anger Beijing.

A senior U.S. defense official, speaking on condition of anonymity, said they would also sign a “memorandum of understanding” for Harvard and Texas Tech University to create a database that would help Vietnamese search for those missing from the war.

Austin will meet his counterpart along with Vietnam’s president and prime minister.

Poling said there was a limit to how fast and far the Vietnamese were comfortable with deepening ties.

Experts say there are lingering concerns in Vietnam about Biden’s predecessor, Donald Trump, withdrawing from the Trans Pacific Partnership trade pact in 2017.

There are also limits to how far the United States is willing to deepen relations before Vietnam improves its human rights record.

In Singapore on Tuesday, Austin said the United States would always lead with its values.

“We will discuss those values with our friends and allies everywhere we go and we don’t make any bones about that,” Austin said.

This month, Marc Knapper, Biden’s nominee to be the next U.S. ambassador to Vietnam vowed to boost security ties but said they could only reach their full potential if Hanoi made significant progress on human rights.