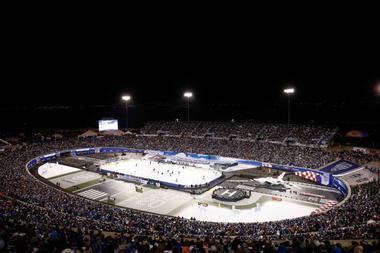 The Pittsburgh Penguins announced Monday that they will sideline nine players from their training camp roster following potential secondary exposure to an individual who tested positive for the coronavirus.

“The team learned of the possible secondary exposure on Sunday, July 12,” the Penguins said in a statement on Monday. “The decision to isolate this group of players was made out of an abundance of caution in an effort to avoid exposure to anyone else within the organization. The nine players will not participate until they are deemed safe in accordance with NHL protocol and further test results.”

Per protocols agreed upon by the NHL and the NHL Players’ Association, all players and personnel who are designated to have player access are tested 48 hours before returning to the facility for training camp and then on an every-other-day basis.

The Penguins announced last month that an unidentified player had tested positive for COVID-19, but he had subsequently recovered and was feeling well.