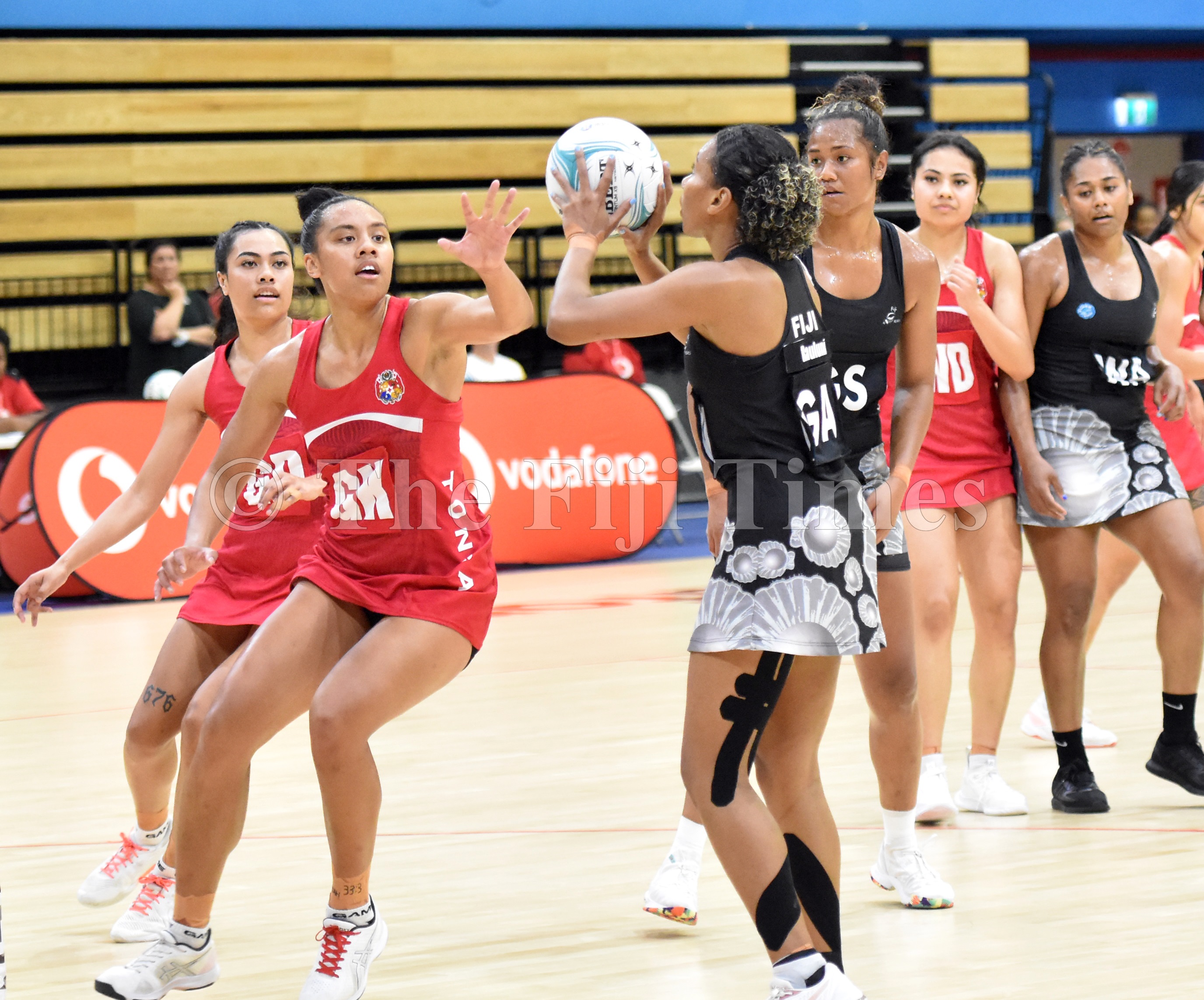 Possession is vital, but unfortunately for the Fiji Pearls, they gave most of it away which caused their downfall to Tonga 29-59 in the second round of the Vodafone Oceania World Cup Qualifiers on Wednesday night in Suva.

Fiji was no match against their fitter Tongan counterparts whose fans painted the stands red with their support and took the court by storm leading the first quarter 15-3.

After their success in the PacificAusSports tournament in March, Tonga was tipped as the favourite to win the series and qualify for the 2023 World Cup in South Africa.

Pearls coach Unaisi Rokoura emphasised the importance of maintaining possession after the thrashing saying they would return to the drawing board to fix their mistakes.

“We came out wanting to put on a good show, unfortunately we didn’t have a good start,” the former national centre and captain said.

“To play against a side such as Tonga, every possession is very vital and that’s what gave us away. We allowed Tonga to take the ball away from us and I congratulate Tonga, they kept fighting.

“We played catch-up netball and that is another area we will look into. Our girls couldn’t take the pressure as Tonga continued to push their defence on them.”

Rokoura tried all the tricks in her bag including substituting senior goal shooter Afa Rusivakula with Vilisi Tavui in the second quarter. Centre Unaisi Rauluni and goal attack (GA) Maliana Rusivakula were on the top of their games and combined well in pushing Fiji through the hoops, but unfortunately Tonga was very strong with their defence.

Skipper Alisi Naqiri sustained an injury and was replaced by Ema Mualevu. The Tongan side scored 34-8 at half-time with their goal shooter Uneeq Palavi making no mistakes in her shots at goal.

Fiji managed to improve in the third quarter as the combination of debutant Avelina Navue coming in as centre and Jimaima Kete as wing attack helped the home team.

In the third quarter, Fiji managed to score 18 points while Tonga continued with their winning form by slotting 48 goals. Rokoura said she was impressed with her new players.

“I commend them for stepping up and with the lack of international competition that we have they were able to go out there and show case their potential.”

Tonga won 59-29 win securing their second victory in the competition while Fiji recorded its first loss.