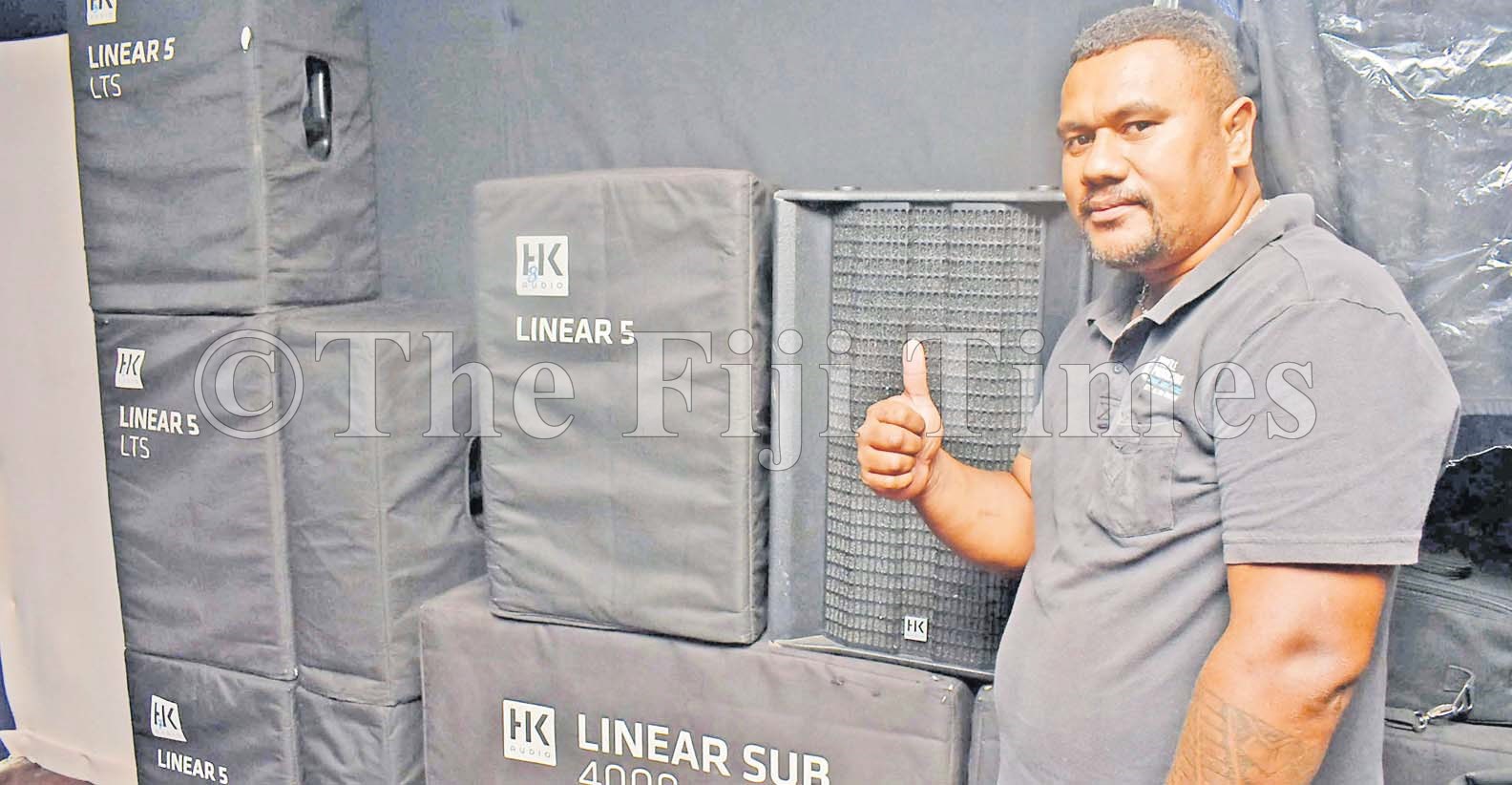 When one hears of the Uprising Music Festival, they think of the drinks, the crowd and the great music that comes with it.

The masses are often lost to the hard work that goes in to making the annual event as explosive as it is.

The good news is nothing has changed when it comes to preparation and concert goers are in for a treat this year as Profile Productions Fiji takes over the Uprising Music Festival stage for the first time.

The company is owned Nawaca, Bua native Paula Basoga who has maternal links to Taveuni .

He was keen to recount his humble journey from a small town boy who loved music to owning one of Fiji’s most renowned stage production crews.

Born and raised in Naselai, Tailevu, he attended Nuku District School from class one to five before moving to Vunimono Arya Primary School for two years then concluding primary school studies at Dilkusha Boys Primary School.

In 2007, Paula’s father suggested he use the money for his tuition to buy two speakers instead.

A short two years later, Paula was employed by Light Sounds as a stage technician, providing equipment to the likes of Jerry Vatuwaqa.

This, in turn, paved the way for Profile Productions to take root in Fiji.

Paula met many people along the way, including an overseas contact at a jazz and blues event at Port Denarau who gave him the opportunity to register with Profile Productions.

He resigned from his occupation as a stage technician and by gathering equipment from various places, was able to cater to small-scale events like gunusede, kava or coco bars.

In the meantime, with every piece of equipment he attained, the size of his events grew.

His audience and client base also grew with every event he produced.

The first event Paula produced for was a party for stakeholders at the Nausori International Airport and his most memorable event yet has been the Fiji Fashion Week of 2017 where he took charge of stage production from lights, sounds and all technicalities in between.

This year, Paula and his crew of six hope to promote and showcase their newest piece of equipment for which they have sole rights and authorisation for use and distribution in Fiji and the Pacific.

“HK Audio is the new equipment we got from Germany and we’re hoping to show the crowd at the Uprising Music Festival just how good it sounds.”

The company has had the opportunity to use the new equipment to record with some prominent artists in Fiji.

Company sales and marketing and administration officer Iliesa Jordan Jr reiterated their plan to make a lasting impression on the crowd at the Uprising Music Festival with the new audio equipment and also deliver professional service that will garner interest from potential clients.

Mr Jordan is not only responsible for online marketing of their products and liaising with customers but also overseeing the daily movement of staff members, equipment and facilities, and financial expenses including wages

. “Like any other profession, stage production does pose challenges, one of which is when our available equipment is not enough to cater for an event, in which case, we hire equipment from elsewhere and sometimes it costs more than the event we are actually being hired for,” he said.

However, he said they were grateful that despite the slowdown in business because of COVID-19, the events they were hired for in November to December would help them with their finances.

“Our team is ready. We look forward to the Uprising stage and expect that the lights, sound and music will keep the audience on their feet, dancing,” Mr Basoga quipped.

With his successes, he is most thankful for his brother, former national athlete Isireli Naikelekelevesi’s support.

“He has been the most influential person in my life and my profession. Not only is he my overseas business partner but he does
most of the research overseas for our line of work. The equipment we can use, the brands that will have quality output.”

As a father to three children and a devoted husband, Mr Basoga strongly encourages keeping God ahead of all plans.

 The 2020 Woodstock Uprising Music Festival will be held on Saturday, December 5th from 10am to 9.30pm at the Uprising Beach Resort, Pacific Harbour.