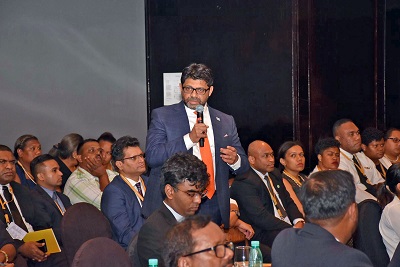 WHILE Fiji does not have a shortage of land available for housing needs, in recent times, land prices have escalated so much that many people are finding it difficult to buy land.

This was shared by seasoned lawyer Ramesh Patel while speaking on Property Opportunities – Strata Title Ownership at the 21st Attorney- General’s Conference in Natadola yesterday.

He shared that many Fijian people had the understanding that the strata title ownership was new in Fiji.

Mr Patel said many people had no idea that the strata title concept existed in Fiji and there was a law that binds the concept.

“With how the model housing concept are revolving, the strata title will develop further in Fiji.

“It was understood by some people that strata title existed only in Denarau but many don’t realise that there have been many multistorey complexes in Suva and all around Fiji which have strata titles and a lot of people are now investing in units that have strata titles ownership.”

Mr Patel was one of the four speakers at the conference and shared at large how strata title ownership would grow in Fiji to meet the growing number of people.