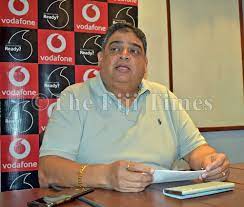 PRESIDENT for the Fiji Football Association Rajesh Patel has confirmed there will be warm-up matches held in Fiji before the Digicel-sponsored under-20 national team heads into the 2023 FIFA World Cup in Indonesia.

Patel mentioned this during a press conference at the FFA headquarters in Suva on Wednesday.

“Yes, there will be a few warm-up matches held here in Fiji to prepare the boys for the World Cup,” he said.

“At this point in time, we are all still coming back from the festivity and holiday vibe and having these warmup matches will be very helpful to the boys and will aid in their preparation.”

Vanuatu and the Solomon Islands will be arriving in Fiji in March for warm-up matches with our national under-20 side.

“This will allow our boys to regain composure and prepare themselves mentally and physically.”

Meanwhile, Oceania is represented by Fiji and New Zealand, which are looking to become the first Oceania Football Confederation (OFC) country to finish in the top three, fifa.com reported.

Only Australia has ever made it to the semi-finals, losing third place play-offs in 1991 and 1993 before leaving to join the Asian Football Confederation (AFC). Indonesia 2023 will be just the second appear