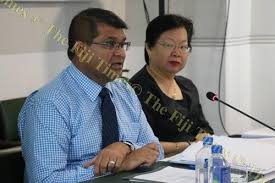 THE central bank anticipates some recovery of the domestic economy, adding that it is highly dependent on the resumption of global travel before year-end.

Reserve Bank of Fiji governor Ariff Ali said partial indicators so far had revealed that the domestic economy would record the largest contraction, similar to a number of other countries.

The RBF board held its meeting yesterday during which Mr Ali highlighted that Fiji’s subdued economic outcomes so far were broadly consistent with global developments and the impact of COVID-19 measures, taken both globally and domestically.