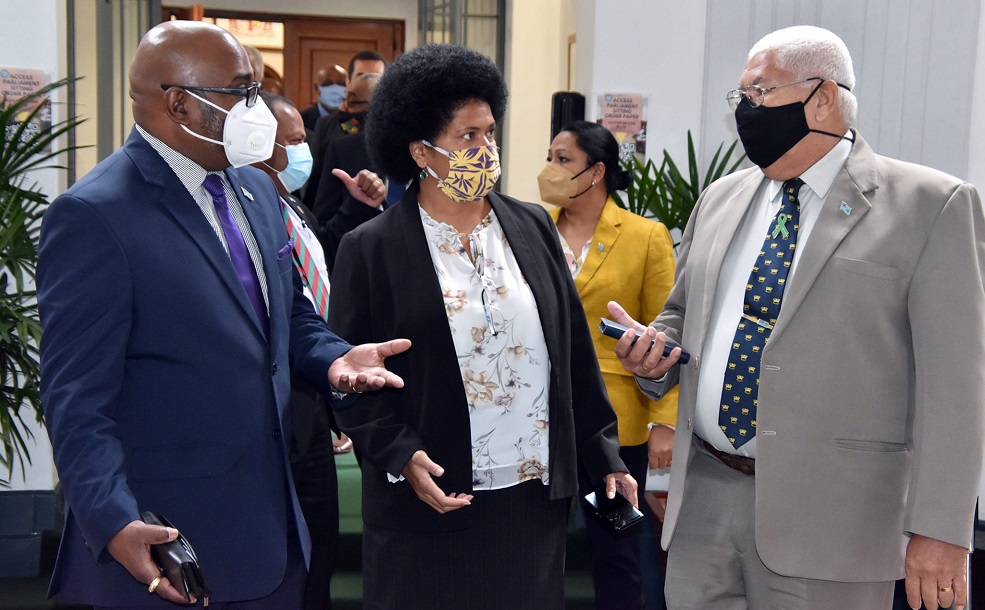 Parliament yesterday passed the Electoral Registration of Voters Amendment Bill, which now requires Fijians to use the name as stated in their birth certificate and no other aliases.

The Bill, which has now become an Act of Parliament, was tabled by Attorney-General Aiyaz Sayed-Khaiyum, and fast-tracked under Standing Order 51.

Debating on the proposed legislation in Parliament yesterday, Mr Sayed-Khaiyum made reference to the ruling of the Court of Disputed Returns last month in the case of an Opposition member of Parliament Niko Nawaikula.

He said Mr Nawaikula’s case had a significant impact on the National Register of Voters, and the changes to the Electoral Registration of Voters Amendment Bill were necessary to ensure people register with the names on their birth certificate.

He said the court nor the legal counsel considered the practical implications of such a strict literal reading of the law, and it was not brought to the court’s attention and therefore, they did not expect to make a ruling on that.

“Mr Speaker sir, 17 August 2021, the Court of Disputed Returns based on existing law, the submission made by council delivered a judgment in the case of Niko Nawaikula also known as Nikolai Tuiqame Nawaikula against the Supervisor of Elections and others stating that the law does not specifically require the use of birth certificate name.

“The court nor the council consider the practical implications of such a strict literal reading of the law; indeed it was not brought to the court’s attention.”

Mr Sayed-Khaiyum said the Fijian Elections Office would find it difficult to identify and remove deceased persons from the National Register of Voters should people be allowed to register with names other than those on their birth certificate and this would allow people to register with more than one name.

The A-G said it would also be difficult for the FEO to verify a person’s citizenship and date of birth at the time of registration.