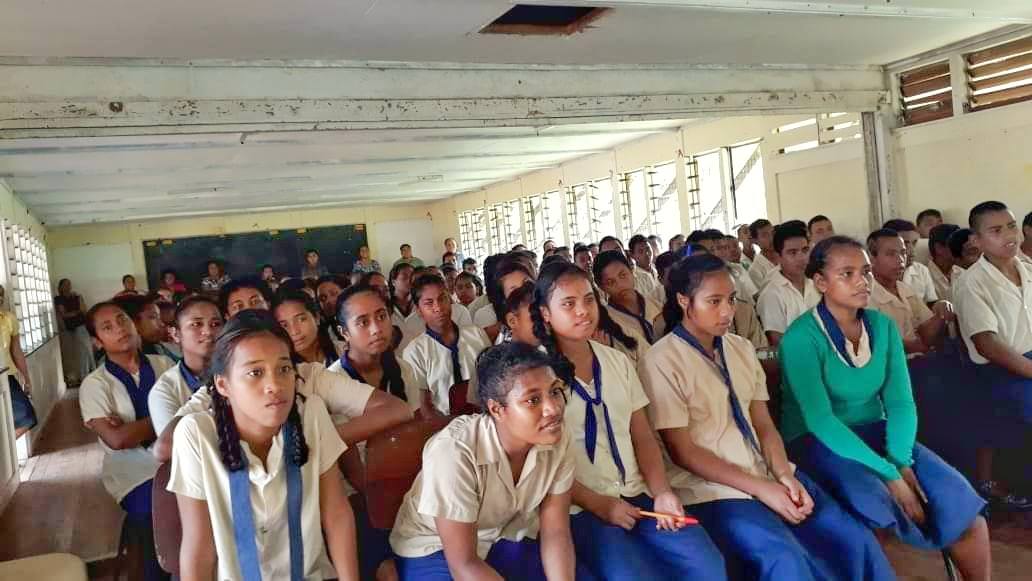 A TEAM from the Civic Education Team of Parliament visited students and teachers of Buakonikai Primary School in Rabi this week.

According to a Government statement, the students said they felt privileged about this visit because it offered a great opportunity for students to hear first-hand information about Parliament.

School headteacher Alita Tawita said for many students and teachers, learning about Parliament was an eye-opener.

Rabi High School Year 13 student Joji Cama said it was a wonderful opportunity to learn about Parliament because it had inspired him to become a politician in the future.

Rabi High School assistant principal Sereana Sau said the program brought by the team was very educational and beneficial to their students, especially to the Social Science and History students.

She said because of their geographical location and the challenges they faced, they were not able to take educational tours to Suva.

So bringing Parliament to their school, she said was a golden opportunity and they hoped such awareness continued for the benefit of their students.

The team was accompanied by deputy Secretary-General Jeanette Emberson who assisted in the translation of the presentation in the Rabi dialect.

On the island of Kioa, the students of Kioa Island Primary school as well as the members of the community gathered in the village hall to listen to the presentation.