Paris 7s: Hard time for Baber to select run-on side 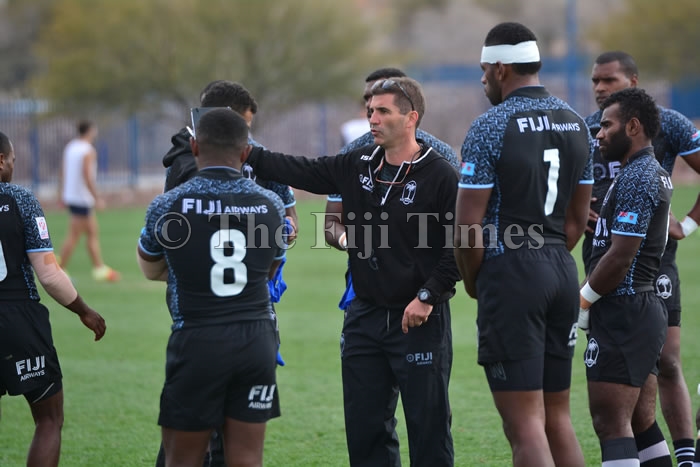 FIJI Airways Fiji 7s coach Gareth Baber believes having a hard time selecting his run-on side is a positive sign as it shows the depth and calibre of players available.

“If it was easy, I have made a wrong decision somewhere.”

Baber said with 14 players fit and healthy, there were a number of factors to take into consideration before selecting the final 12 players for the next tournament.

“We look at who got injuries, how they are travelling, how they are working around the group, their behaviour and experience level, all these things play a part in making a selection.”

Baber said he would follow the same process again this weekend in selecting his final line-up for the HSBC World Rugby Sevens Series Paris 7s tournament.

Meanwhile, all players are at full strength with the exception of skipper Paula Dranisinukula who is still nursing a lingering knee injury, but should recover in time for the remaining tournament.

Fiji will play against England at 10.50pm tonight, Argentina at 2.16am tomorrow and Ireland at 5.20am.