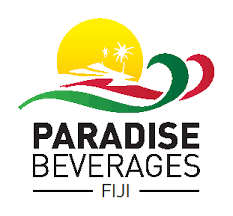 A MIXED performance was recorded in Paradise Beverage’s two businesses in Fiji and Samoa for the 2018 financial year.

While Fiji posted a strong double-digit profit growth before income tax of 12.1 per cent to $17.6million despite the two unfortunate fires, Samoa, on the other hand, recorded a significant loss before income tax of $5.0 million – attributed to a 40 per cent loss in domestic beer market share to the competition.

The group recorded profit before income tax of $12.7m compared to $16.6m for the prior period, reflecting a 23.5 per cent decrease.

In the company’s 2018 annual report, he reported that alcoholic ready to drink(ARTD) volumes continued its solid double-digit growth at 51.9 per cent, recording sales of 0.465m nine litre cases in the current period, versus 0.306m in the prior period, with Joskes Brew gaining considerable market share.

He said an increase in sales revenue of 14.5 per cent to $83.3m was driven by total volume increase, favourable intra-brand volume mix shift to ARTD and price adjustments taken during the year.

The profit before income tax increased by 12.1 percent to $17.6m compared to $15.7m recorded in the prior period.

He reported that soft drink volumes increased by 8.0 per cent to 0.542m nine litre cases from 0.502m in the prior period, driven by aggressive market execution activities.

Its ARTD beverage range was launched in December 2017 with the company selling 0.047m nine litre cases in 2018.

He said sales revenue decreased by 11.7 per cent to $22.7m, with the domestic beer volume shortfall being the key driver.