Parade drill with thrills at Lomary 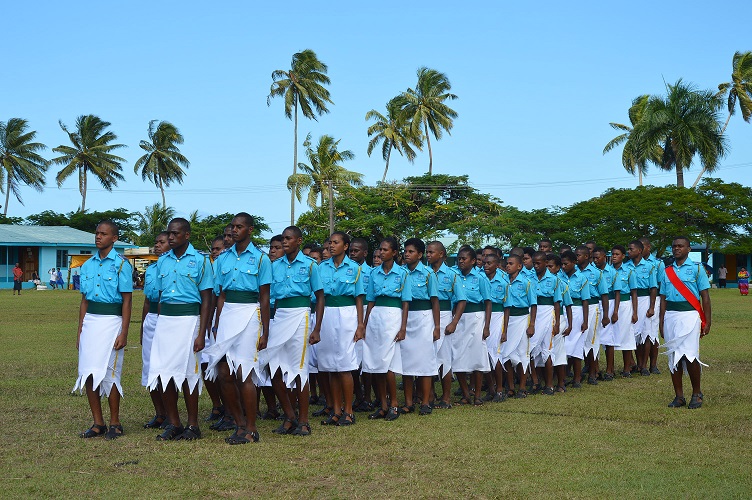 Students of Lomary at their passing out parade yesterday. Picture: ANA MADIGIBULI

THE atmosphere at Lomary Secondary School was illuminating as students manoeuvred beautifully through the school ground during their passing-out parade yesterday.

Two-hundred-and-forty students displayed exceptional skills during the parade as parents, former students, guests and teachers watched in admiration as the students showcased what they had learned during the gruelling barrack week.

With time co-ordination and teamwork, students managed to showcase military drills in a clever and well-organised manner, particularly first-timers — the Year 9 students — of the school.

It was also an emotional time for Year 13 students who were farewelled during the parade as they marched past their school colour for the last time as senior students.

Baton of Honour awardee and head boy Romulo Tuiqalau said it was an honour for him to lead his school during the passing-out parade in his final year at Lomary.

“My grandmother is someone whom I’m close to and she was always that person who pushed me to achieve more in life.

“She is quite an inspirational person and I dedicate this achievement to her.”

He said he hoped to become an engineer, but if that didn’t fall through he would likely show an interest in the defence force.