Papua one of Indonesia’s ‘black holes’ for human rights – Amnesty 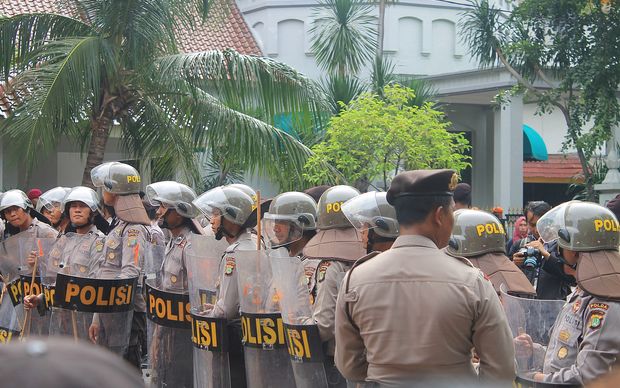 Indonesian police at a demonstration in the Papuan region Picture: Supplied / Whens Tebay

Amnesty International says Papua is one of Indonesia’s “black holes” for human rights.

The group claimed, this week, that at least 95 people have been killed by Indonesian security forces in the Papuan region over the past eight years.

Director of Amnesty International Indonesia, Usman Hamid, said that despite over 20 years of democratic reform and progress on human rights in Indonesia, Papua seems to be an exception.

“Papua remains to be a challenge for Indonesia in terms of political prisoners who have still seen a number of people being imprisoned. In terms of press freedom for example we have seen some cases where journalists, the recent one was the case of BBC journalists who were expelled from Papua,” Mr Hamid said.

Usman Hamid said it’s hard to come up with an exact number of killings that have taken place in Papua, but he said the report’s numbers are conservative.