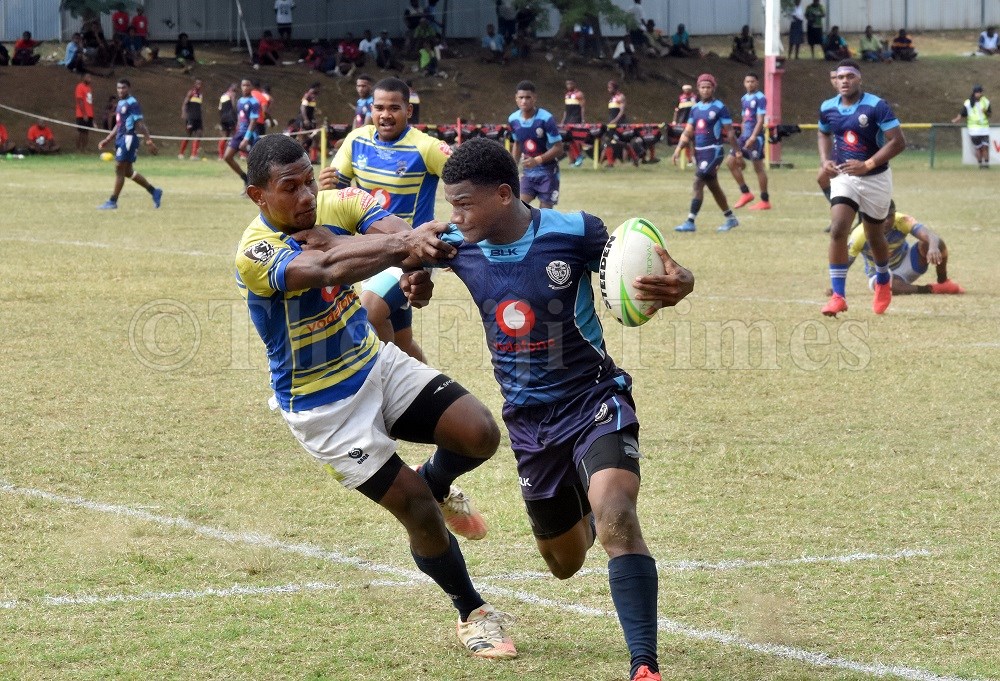 Livai Tabua on attack for Ratu Navula College against RKS during their rugby league clash at Garvey Park in Tavua. Picture: BALJEET SINGH

Nasinu Secondary School Panthers cruised through to the semi-finals of the Fiji National Rugby League Secondary School Vodafone Trophy under-15 competition after beating Xavier College Sea Eagles 24-10 in the quarter-final at Garvey Park in Tavua yesterday.

The Panthers outscored the Sea Eagles four tries to two.

Panthers coach Etuate Volavola said the quarter-final result reflected on the hard work they did during the preparations earlier in the week. He said they still had a lot of areas that they needed to improve on.

“But we are extremely happy to defeat Xavier College to go through to the semi-finals,” Volavola said.

Hooker Mitieli Delaitubuna scored the first try for the Panthers in the fifth minute.

Scrum half Josateki Caucau levelled terms for the Sea Eagle in the 13th minute.

The Panthers led 10-4 at the break. The Southerners scored the third try through replacement Marika Dreketirua soon after halftime.

Seduadua added the conversion. The Panthers went further up in the 47th minute with the fourth try from lock Josaia Naco while Seduadua added a penalty.

The Sea Eagles made a final flourish with Watisoni Naisogo scoring a try late which was converted by Nacanieli Neisau.

Sea Eagles manager Makelesi Raibe said they played well but the end result of their game plan did not go their way.