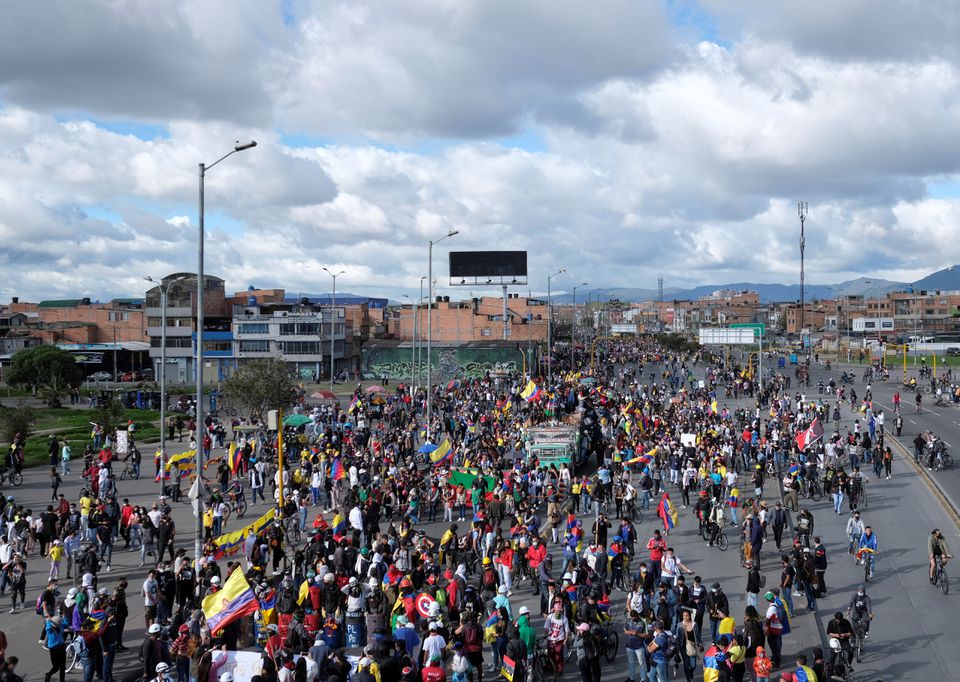 From Tunisia and South Africa to Colombia, social unrest is sweeping through developing countries, a reminder of income inequalities that have deepened during the COVID-19 crisis.

While developed countries have deployed massive injections of fiscal and monetary stimulus to shelter economies and citizens since the pandemic began early last year, poorer nations lack the same firepower.

The charts below detail some of the causes and consequences of civil unrest across the developing world:

1/UNREST ON THE RISE

Riots, general strikes and anti-government demonstrations around the world increased by 244% over the last decade, according to the 2021 Global Peace Index.

Produced by think tank the Institute for Economics and Peace, the Index ranks more than 160 countries and territories according to their peacefulness.

The nature of such unrest has changed, however: tensions increasingly stem from the economic blow of the pandemic.

“Growing unease with lockdowns and rising economic uncertainty resulted in civil unrest increasing in 2020,” the authors of the latest index report wrote.

“The changing economic conditions in many nations increases the likelihood of political instability and violent demonstrations,” researchers noted, adding they recorded more than 5,000 pandemic-related violent events between January 2020 and April 2021.

They expect little respite in the near-term.